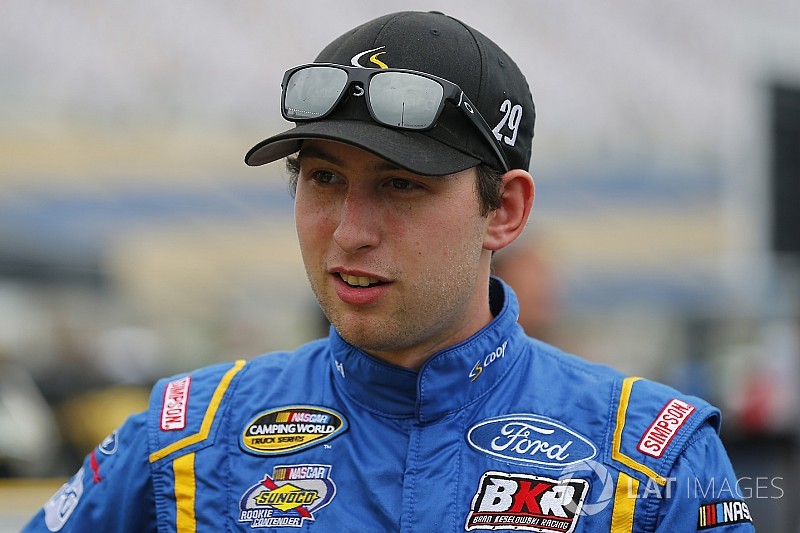 Third generation dirt racer finally gets to race on his dream track in the annual visit by the NASCAR Camping World Truck Series to the mecca of dirt tracks in the U.S.

To say Chase Briscoe is ready for his first race on the dirt at Eldora Speedway would be a huge understatement. To say he can’t wait to get there is also something that could never be more true.

Wednesday night, the Mitchell, Indiana native will finally cross this off of his bucket list as a racer.

“Man, ever since I was named to drive the No. 29 Cooper Standard Ford F-150 at the start of the season I’ve circled this race on my calendar,” said Briscoe. “For a driver who grew up racing on dirt, going to Eldora is like Daytona for the stock cars and Indianapolis for the IndyCars.”

With all the success Briscoe has had on dirt throughout his young career, fans might think he’s already competed on the track owned by Tony Stewart in Ohio, but that’s not the case. Briscoe has never raced there before, and Wednesday night’s race will be his first start.

"When I was racing dirt we only had one engine and we couldn’t afford to mess it up at Eldora, as big and fast as it is,” added Briscoe. “So I’ve never got to race on the track until this week.”

Despite his grandfather Richard being a well-respected car owner for such dirt racing legends as Dave Blaney, the late Rich Vogler and his dad, Kevin, who’s a five-time track champion himself as a driver, the road to driving for Chase wasn’t always assumed.

“My dad never wanted me to race,” said the youngest Briscoe. “It all changed when he talked to a woman who asked if he was going to let me race someday.”

The woman mentioned to his dad that her son raced and he wrote a paper on his experiences for a high school class project and the teacher gave him an ‘F’ for his report. His mother went to the principal of the school and asked him to give her a grade on that paper.

The principal said it was at least a ‘B’ level paper and they later found out the teacher’s son had recently gotten a DWI. So the woman explained to the teacher and Briscoe’s dad that she let her son race because she always knew where he was and what he was doing. That story changed Kevin’s mind about Chase.

“From that moment on, he decided to let me race, and here were are today,” said Briscoe. “To this day, I’ve never drank alcohol or tried drugs and racing helped me stay focused on reaching my goals and staying away from those temptations.”

While Briscoe has already opened some eyes – including his truck owner Brad Keselowski – with his quick adjustment on asphalt, he finally gets to race a truck on a surface he’s familiar with on Wednesday.

“I would say my expectations are pretty high for this week,” he added. “While I’ve never raced a truck on dirt, I feel I can provide the team some help this week.”

Briscoe and his crew chief Mike Hillman Jr. have already had discussions about how Chase likes his cars set up when he races on dirt.

“Mike and I have been talking and I’ve also spent some time with (teammate) Austin Cindric talking about characteristics of racing on dirt,” Briscoe said. “I’m happy I get to help the team and I’m sure Austin will help me when we get to the road course.”

One thing is for sure, with Eldora Speedway being the second closest race he’ll compete in to his hometown this season, his parents – dad Kevin and mom Jamie – will finally get to see him race on the dirt at Eldora.

“I’ve waited my whole life to race at Eldora and I finally feel like I’ll have an advantage for a truck race in my rookie year,” he said. “I can’t wait for Wednesday night.”

Christopher Bell: Eldora is "favorite race track in the world"