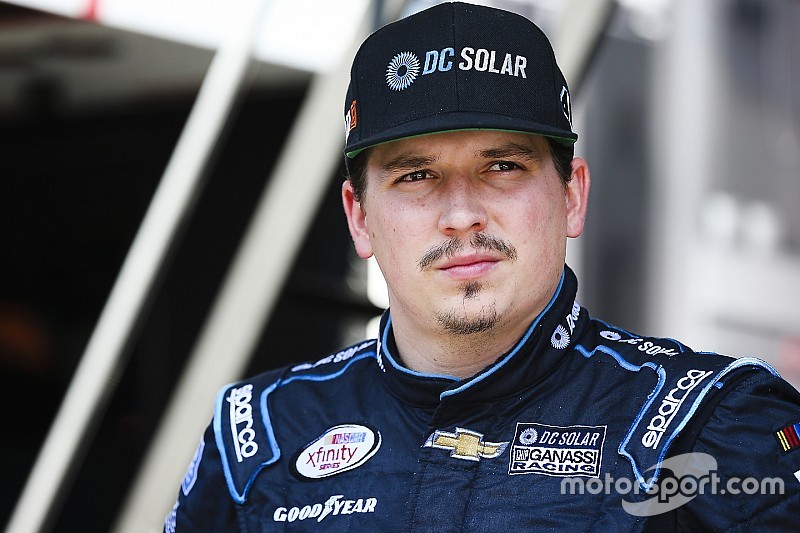 Poole returns to full-time NASCAR competition after a one-year hiatus to compete in Gander Outdoors Truck Series with new team.

After having sat out most of the 2018 season due to circumstances off the track on the business side of the sport, Brennan Poole is getting a chance to get back on the track and compete.

Poole will join On Point Motorsports Poole and drive the No. 30 Toyota Tundra and compete for the NASCAR Gander Outdoors Truck Series Championship this year.

“I am extremely excited about driving for On Point Motorsports this season,” stated Poole. “From the very first moment I set foot in the On Point Motorsports facility, I continue to be so impressed with what the team has put together for the 2019 season. We have a great opportunity to surprise a lot of people and we are ready to go racing.”

Poole’s most recent full-time NASCAR effort was in the NASCAR XFINITY Series with Chip Ganassi Racing where he made the playoffs in 2016 and 2017, finishing eighth and sixth, respectively.

On Point Motorsports is a fairly new team but one that is deep with NASCAR experienced personnel. The team made five starts in the NGOTS in 2018 with strong performances with drivers Scott Lagasse, Jr., Jeb Burton and Austin Theriault. The organization also fields a part-time effort in the ARCA Racing Series presented by Menards with the No. 29 Toyota Camry.

“We have put a tremendous amount of sweat and tears into the development of On Point Motorsports and the results show when a driver of the caliber of Brennan Poole is excited about being a part of this,” stated Steven Lane, manager of On Point Motorsports. “We have worked very hard as an organization to build this program and we are very excited to welcome a driver with the talents of Brennan to our team. We definitely have some exciting times ahead for all of us.”

Poole has 83 career starts in the XFINITY Series to his credit earning eight top-five and 36 top-10 finishes, a pole, and three previous starts in the Truck Series.

The Texas native also has 35 career starts in the ARCA Racing Series presented by Menards highlighted by six wins. The driver known as “The Bull” looks to utilize all of this experience to his advantage as he makes a championship run with On Point Motorsports.

“I can’t wait to get down to Daytona to start off this season,” said Poole. “Everyone here at On Point is moving in the right direction and we have high expectations for the 2019 season. I feel confident in the program the team has put together and we have some exciting announcements coming up as we head into the beginning of the season.”

NASCAR prohibits all members from gambling on its events