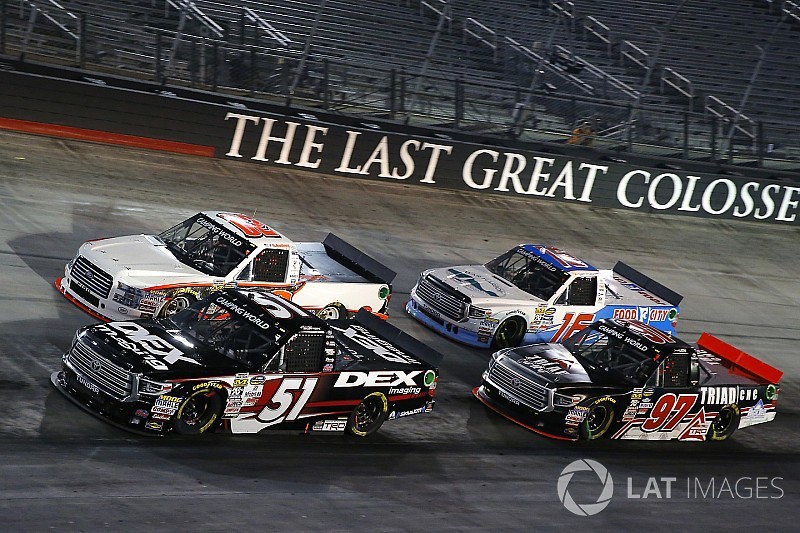 The Camping World Truck Series race previously scheduled for August 15th at Bristol Motor Speedway has been moved from Wednesday to Thursday.

The race, which will take place on the 16th of August, kicking off three consecutive nights of NASCAR action at the famed 0.533-mile oval. The Whelen Modified Series will be on hand along with the three national divisions and will precede the Trucks on Thursday afternoon.

“Moving the Camping World Truck Series race to Thursday allows for three consecutive nights of NASCAR action, making it easier for fans to attend each race of this can’t-miss weekend,” said Ben Kennedy, NASCAR Camping World Truck Series general manager. “We appreciate the effort from our partners at Bristol Motor Speedway, FOX and the race teams in putting the fans’ interest first.”

The CWTS event will air on FOX Thursday night, while Fridays Xfinity Series and Saturday's Cup Series races will be televised on NBCSN.

“We’re blessed to work with so many quality partners who pulled together for the fans to make this schedule change happen,” said Jerry Caldwell, executive vice president and general manager for Bristol Motor Speedway. “We have received a lot of feedback over the years suggesting this change and through a number of meetings with NASCAR, television and sponsor partners, we all agreed that this move was in the best interest of the fans. We’re looking forward to showcasing the best three consecutive summer nights of racing in all of motorsports this August.”