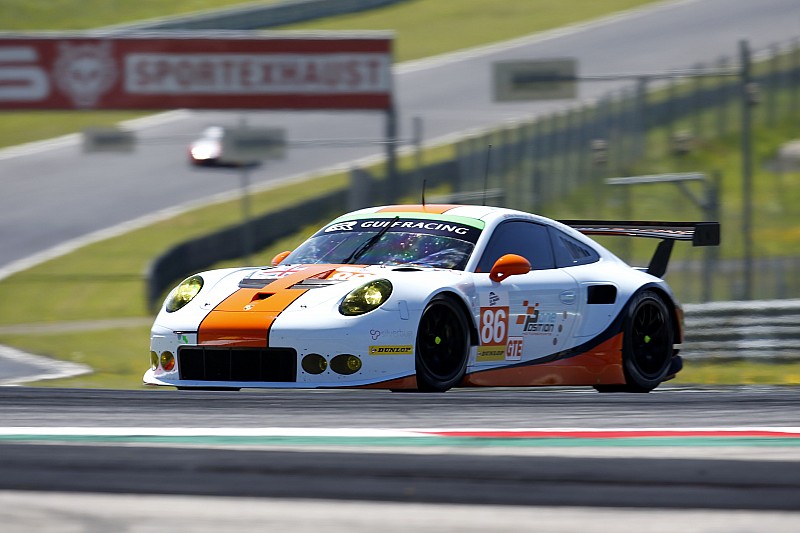 Daniel Brown has joined forces with MB Motorsports for this Sunday's Truck race at Mosport.

British GT racer Daniel Brown will be making his NASCAR debut this weekend in the Camping World Truck Series race at Mosport. Brown, 23, is a Gulf Racing driver and competes in the European Le Mans Series.

His resume also includes starts in the Blancpain Endurance Series, as well as the British GT and FIA GT3 European championships. He is also one of the youngest members of the British Racing Drivers' Club.

He is the first Englishman to take part in a Truck race since Paul Poulter did so in September, 2008. Brown will pilot the No. 63 Brown & Geeson Chevrolet Silverado for MB Motorsports, the longest-running team in the history of the series.

Brown ready for a new challenge

“I am really excited for this opportunity to race in the NCWTS with MB Motorsports and have to say a big thank you to Mike Mittler (team owner) for trusting me to drive the truck this week,” said Brown. “I have primarily driven GT sports cars in Europe, so the truck is certainly going to be a very different animal to tame.

"There are some big names taking part in this event, so I am under no illusions that it is going to be tough and will involve a very steep learning curve, but if I keep out of trouble and listen to all the advice Mike and the team can give me, then I hope we will be able to achieve a strong result.”

Mittler is confident the rising GT racing star can handle the task. “While the race cars are obviously very different, there are certain in principles in racing that hold true no matter what type of vehicle is being driven. Daniel has built a very impressive resume and we are very excited to have him drive the Brown & Geeson Chevy for us this week at Canadian Tire Motorsports Park.”