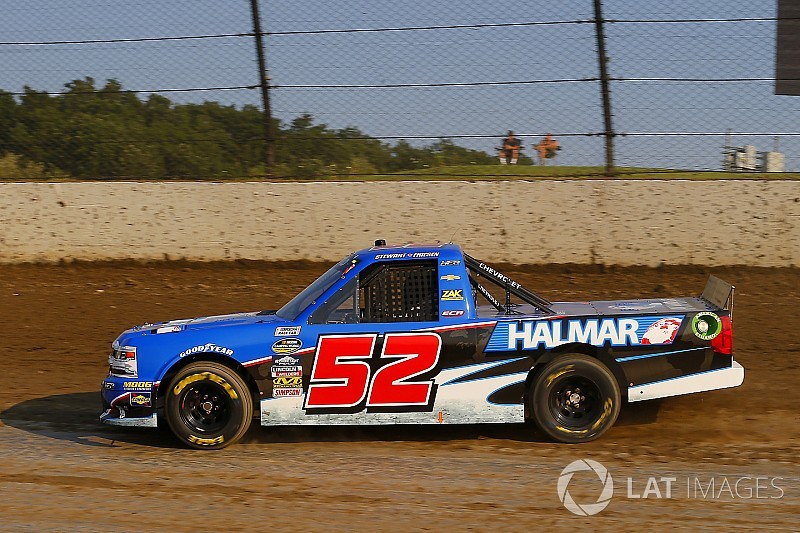 Stewart Friesen was the top qualifier and won the first heat race to start Wednesday night’s Eldora Dirt Derby from the pole.

Friesen, a native of Niagara-on-the-Lake, Ontario, won his first pole in the NASCAR Camping World Truck Series with an average lap speed of 90.000 mph, completing the half-mile dirt oval in exactly 20 seconds.

Friesen has raced dirt modifieds extensively in the Northeast and has made 15 starts in the Truck series with Halmar Friesen Racing over the past two seasons. His best result was 12th earlier this month at Kentucky Speedway.

“It’s pretty cool, but this is just part of getting the job done,” Friesen said after the qualifying session. “It’s a big deal for later on.

“This will get us up front in the heat race and hopefully we’ll be able to keep our nose clean and keep the quarter (panels) on it and run 150 clean laps in the feature.”

John Hunter Nemechek, with an overheating truck, finished second and Grant Enfinger was third in the heat.