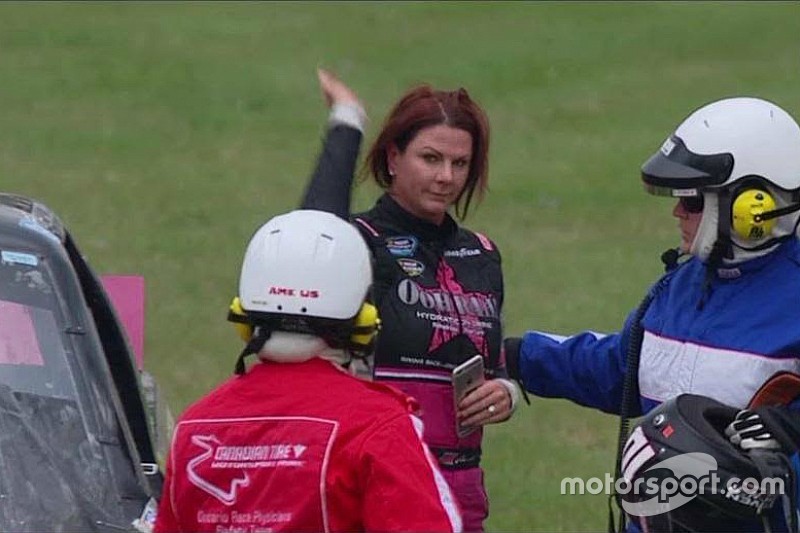 NASCAR banned such devices from being carried inside race cars in 2012.

Camping World Truck Series driver Jennifer Jo Cobb may face a penalty for having a cell phone in her Truck during final practice Saturday at Canadian Tire Motorsports Park.

After crashing into a tire barrier and exiting her Truck, Cobb could be clearly seen on the Fox Sports 1 broadcast reaching back into her Truck and grabbing her cell phone while track workers assisted her to a waiting ambulance.

NASCAR officials said Saturday they would review the incident as part of their normal post-race review early next week.

In 2012, NASCAR banned drivers from having cell phones or any other computer-like devices in their vehicles.

“Smart devices and smartphones and other devices can have an effect on manipulating the technology that is now going to be in the cars, and we have to be careful with that,” NASCAR Chairman Brian France said at the time.

“And so that's why our policy is that you're simply not going to be able to take a device into the car with you.”

There was no immediate response for a request for comment from Cobb or her representatives.