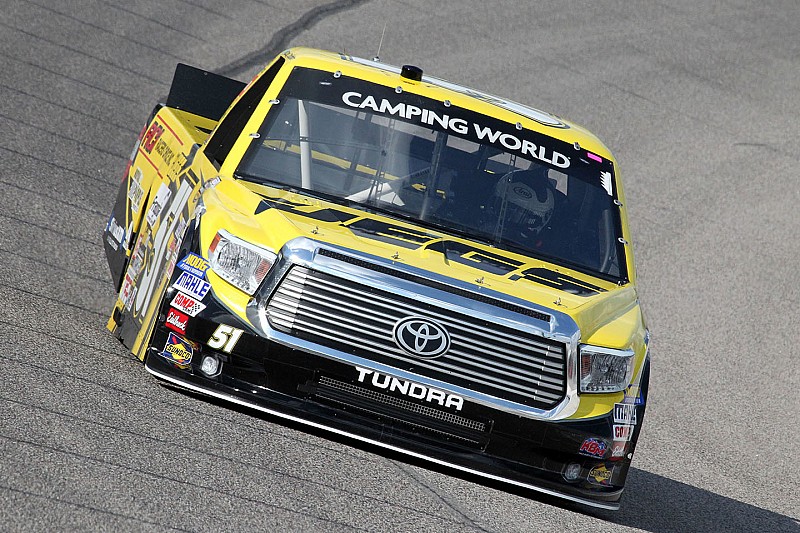 ThorSport Racing confirmed on Monday that Cody Coughlin will join the fold.

Coughlin, 21, will pilot the No. 13 JEGS/RIDE TV Toyota Tundra with crew chief Michael Shelton calling the shots. Coughlin will also compete for rookie-of-the-year honors in the Camping World Truck Series.

"ThorSport Racing is a great team, one I've always admired at the race track," Coughlin said. "Their professionalism, the speed they display, and their record, speaks for itself. Considering the team and I are both based in Ohio, it makes for a great fit, and I'm proud to be part of this championship-caliber organization.”

In 2016, Coughlin became the first driver to win both the ACRA/CRA Super Series and JEGS/Champion Racing Association All-Stars Tour in the same year.

The Delaware, Ohio native started his career in quarter midgets before graduating to Late Models, ARCA and trucks. He has 12 career truck starting including 10 races with Kyle Busch Motorsports. His best result was 12th at Texas Motor Speedway.

Earlier on Monday, ThorSport announced two-time truck champion Matt Crafton and Menards would return to the Sandusky, Ohio-based team. Crafton’s started his tenure with ThorSport in 2000 and has enjoyed a relationship with Menards since 2002. In 13 seasons behind the wheel of the No. 88 truck, Crafton has finished in the top-10 in the standings 12 times.

Coughlin is looking to lean on Crafton as he embarks on his first season with the team.

"Matt Crafton and I became good friends last year," Coughlin continued. "His insight and help with driving these Toyota Tundra's at all of the different tracks has been a valuable asset, and to be his teammate this year, takes it to the next level."

Ben Rhodes to remain with ThorSport for 2017 NASCAR Truck season