Dalton Sargeant out at GMS Racing 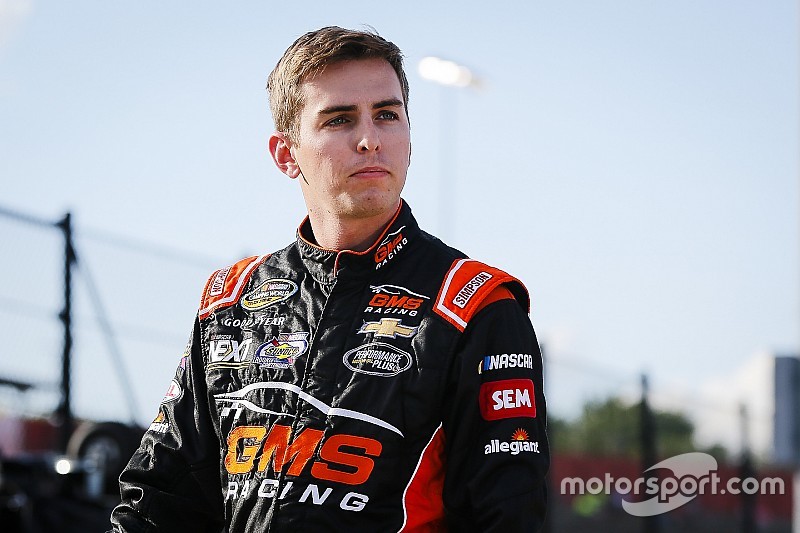 NASCAR Camping World Truck Series rookie Dalton Sargeant is out of the No. 25 Chevrolet at GMS Racing effective immediately according to separate statements issued by the team and driver on Wednesday.

“Due to a unfortunate circumstance with Sargeant Motorsports, Dalton Sargeant will no longer compete with GMS Racing full-time in the Truck Series for the remainder of the 2018 season,” said GMS Racing president Mike Beam.

“Until the issue is resolved, Spencer (Gallagher) will serve as the fill-in driver of the No. 25 Chevrolet entry beginning this weekend in Canada. We hope a solution can be agreed upon and to see Dalton back racing GMS equipment in the near future.”

Sargeant, who competed in all 16 events so far this season with GMS and had a season-best finish of third a few weeks ago at Pocono, issued his own statement where it appears he’ll now focus on returning to driving next season.

“It’s difficult to put into words but effective immediately I will not be completing this racing season as the driver of the No. 25 truck for GMS Racing,” said Sargeant. “I’ll take away so many great memories from competing in these first 16 races in the Camping World Truck Series. This series is truly one of the best racing series in the world and I’m honored to have raced against some of the most talented drivers in NASCAR this year.

“I’ve learned so much from the beginning of the season and grown exponentially as a driver. I look forward to continuing that transformation in the future. I’ve also had great partners this season, and the support from Performance Plus Motor Oil, Safety Kleen, Scott Shop Towels and many more have meant so much to my family and me. We’ve worked hard to represent all of our partners and to make them proud each and every week.”

The 20 year-old driver from Boca Raton, Florida was also thankful for everyone who helped him including the fans he’s met this season.

“This is unfortunate for everyone involved, but all we can do right now is stay focused and work hard towards the 2019 racing season. Words alone cannot fully express my profound appreciation for all of the support I’ve received this year from my family, friends, partners and, of course, the amazing NASCAR fans that I’m privileged to meet each and every week. Thank you all.

“I look forward to seeing everyone at a race track soon.”

Opportunities await in first round of NASCAR Truck playoffs