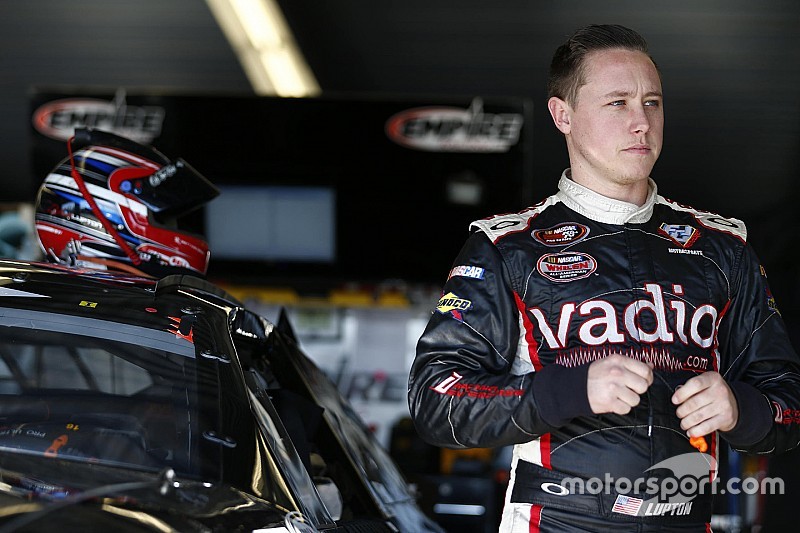 Former two-time NASCAR Next member Dylan Lupton will complete his national series trifecta this weekend by making his debut in the Camping World Truck Series at Talladega (Ala.) Superspeedway.

Lupton, 22, will drive the No. 02 Chevrolet for Young’s Motorsports in Saturday’s fred’s 250. Already this season, Lupton made two starts in the Xfinity Series for RSS Racing and a pair of starts in the Sprint Cup Series for BK Racing.

“This is a great opportunity at Talladega,” Lupton said.  “Obviously, Talladega is a crapshoot, but we’re focused on going down there and giving it all. I’m hoping we can find ourselves in a good position to have a good finish when the race is all said and done.”

Lupton will pilot the same truck Young’s Motorsports driver Tyler Young raced to a career-best sixth place finish in the series opener in February at Daytona.

“I’m glad I have some drafting experience, even though I expect the truck to be a lot different than the ARCA car,” said Lupton, who competed in the ARCA season opener for Empire Racing. “I’ve talked to Tyler and some of my other friends that race trucks and they’ve told me what to expect this weekend.

“I know these trucks tend to bounce around a lot in the draft and that the closure rate is extremely quick. I think it’s going to be a blast out there, but I also know I have a job to do, too.”

Lupton has been an advocate for the science, technology, engineering and mathematics (STEM) project where he has spent time informing students about the fundamentals of NASCAR and how each subject applies. He graduated in May with a bachelor’s degree in Business Finance from UNC Charlotte.

The NASCAR Next program is an industry-wide initiative each season which highlights successful up-and-coming young stars in NASCAR.