GMS Take on Trucks: Teammates aiming for the 2018 crown 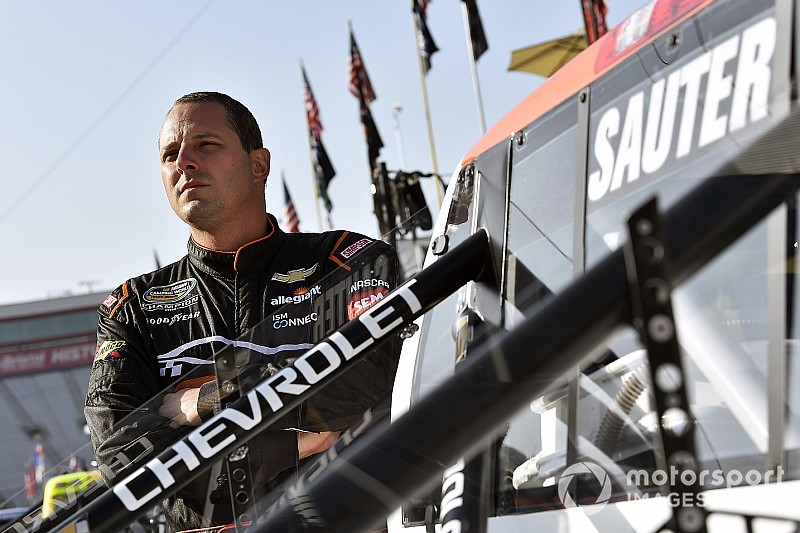 Haley got his playoffs off to a great start, picking up the win at Canadian Tire Motorsports Park three weeks ago. His second victory of the season propelled him to fourth place in the series standings.

Haley hopes the momentum from his most recent win will help him in Las Vegas. He finished 28th after he was involved in an accident in the spring race.

“We started off the 2018 season strong with good finishes at Daytona (International Speedway) and Atlanta (Motor Speedway), but we kind of struggled when we got to Vegas,” said Haley. “We were only about a top-10 truck. We played pit strategy towards the end, got a good restart, got to the top-three and were really racey before we got involved in an incident.

“I think we’ve always been okay at Vegas, but hopefully we can build to be better this time around. We’re taking one of our better chassis there which should help, too. But after winning Canada, this weekend we’ll have a much easier mentality on how to handle whatever happens.”

Sauter, who won the 2016 NASCAR Trucks title and leads this year’s driver standings by six points, is ready to go for his sixth win this season.

Sauter finished second in the Las Vegas spring race and has one win, five top-five and seven top-10 finishes in 10 starts at the 1.5-mile track.

"I felt like we had a great shot at winning Vegas earlier this season,” said Sauter. “We spent most of the race maybe a little too loose and got it back toward the end of the race. We didn’t have quite enough to get by Kyle (Busch) there at the end, but I felt like if we had a couple more laps his stuff was, in my opinion, going away a little bit and we were getting better.”

Sauter also credits going back to basics prior to the playoffs that has made a difference entering the final third of the season.

“It’s interesting to see how you start the season, then migrate one way or another on setups and then find yourself migrating back to that form that you started off with,” said Sauter.

“That’s where we’re at with the No. 21, and I think it showed in Bristol that it doesn’t hurt to go back to what works.”