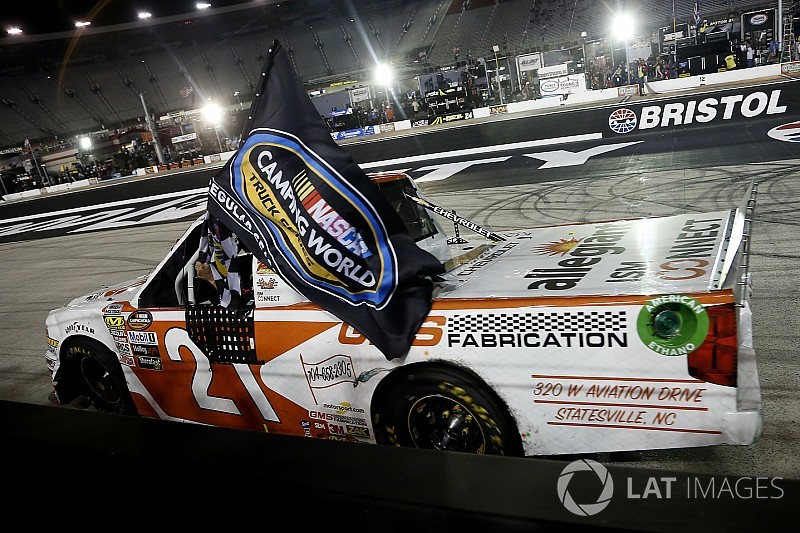 After this weekend’s stop, the series will travel to Las Vegas and Talladega to complete Round 1. The eight-team field will be trimmed to six after Talladega, with any eligible race winner advancing as well as those highest in points.

Martinsville, Texas and ISM (formerly Phoenix Raceway) make up Round 2. Again, two teams will be trimmed after the final race of the round, sending four teams to Homestead-Miami Speedway to compete for the title on Nov. 16.

On Aug. 21, the eight playoff drivers met with members of the media to discuss this year’s championship battle. Below are their playoff outlook:

The 40-year-old Sauter has 22 victories in the NCWTS, including a career-best five wins this season. With 42 playoff points, Sauter is considered one of those most likely to wind up battling for the title in Homestead. He’s won at six of the seven playoff venues and has a streak of four consecutive top-10 finishes at this week’s road-course stop.

“I never count anybody out,” Sauter said of his competition. “I’ve been racing too long. Just when you think things are going to work out, they don’t. So you just have to keep your nose to the grindstone.” 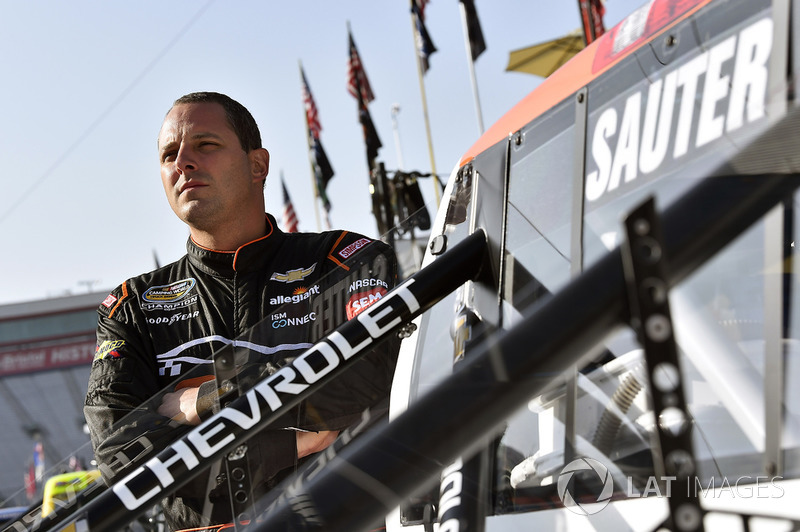 It’s unlikely that Moffitt and the HRE group were considered title contenders when the season began. And then Moffitt, 26, went out and won four times. He’s the No. 2 seed and has a nice buildup of 27 playoff points that will transfer as long as he continues to advance.

“The sponsorship issues, that’s been an on-going battle,” Moffitt said. “We still have two races open even in the playoffs which is somewhat of a distraction to our race team but hopefully we go out here and have a solid first round and lock ourselves into the next one.” 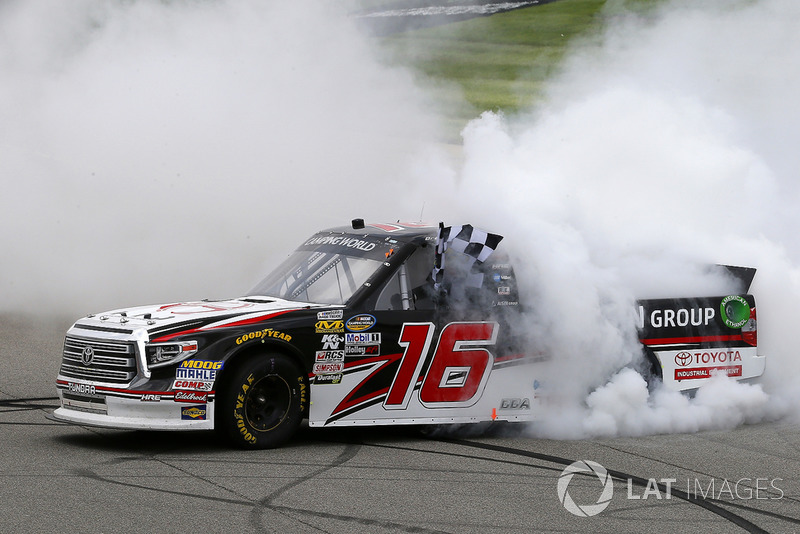 One of five playoff drivers with at least one win during the regular season, Gragson is in his second full season driving for KBM. Top-10 finishes have been the norm for the 20-year-old Las Vegas native but there have been several missed opportunities this season.

“Some races have kind of slipped out of our hands there at the end … but we won a lot of stages (7) and led the most laps (this year),” said Gragson. “Just got to really put all these races together in the playoffs and make the most every time I’m on the race track.” 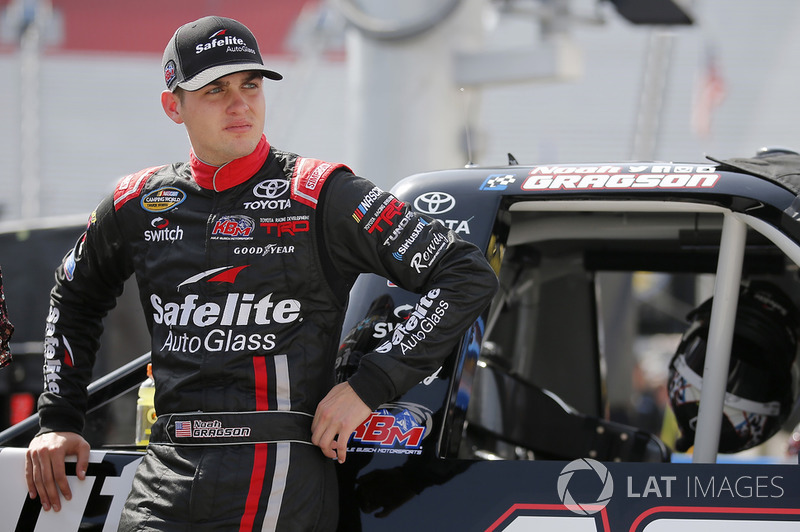 A two-time winner in the series, including a win at Kentucky Speedway this year, Rhodes is in his third full season, all coming with ThorSport. He has one victory at playoff tracks – winning at Las Vegas last year. 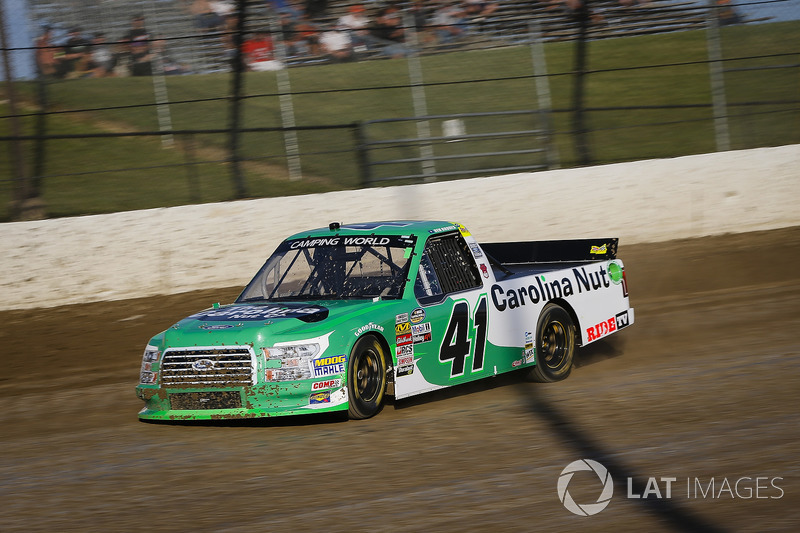 Another surprise qualifier, Friesen has just 41 starts and is still looking for his first victory in the series. He does have four runner-up finishes, including the most recent stop (Bristol).

“This was our goal all along and our expectation, to be in the playoffs,” he said. … “Our alliance with GMS, we knew coming in we would have quality, winning equipment. I don’t think we’ve exceeded our expectations at all being a new race team but definitely that alliance has picked us up and kind of kicked us right into the hunt.” 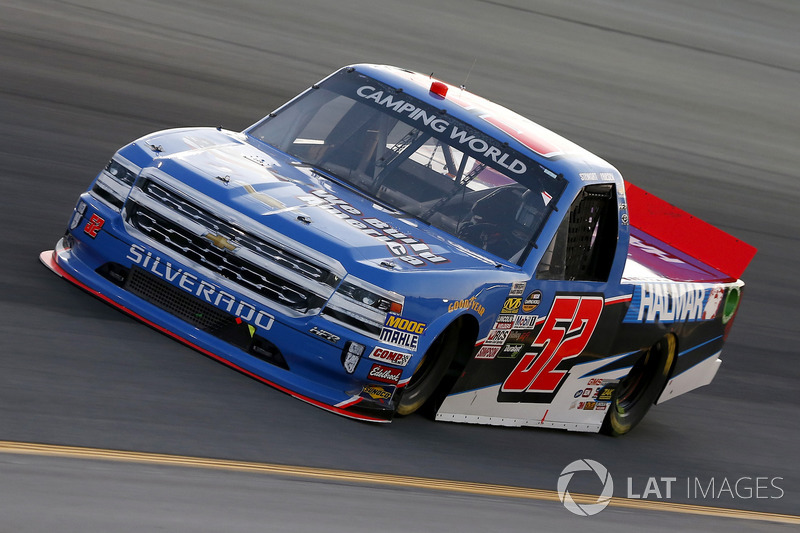 At 33, Enfinger is another driver with somewhat limited experience in the series. He has 53 starts and one career win (Talladega, 2016). His record at the first handful of playoff tracks is decent and he’s finished 10th or better in his last six starts. But he knows his team has to “step it up.”

“Honestly for Brett and Johnny, they can have an off race and still advance on to the next round,” said Enfinger. “They don’t need a bad race but really, the rest of us six we can’t even have an off race. That would be pretty detrimental to our season.

“I don’t think we necessarily have to win one of these next three but you can’t have a bad race. Those two kind of have a leg up on us now. They’ve had a heck of a regular season and the rest of us haven’t, bottom line.” 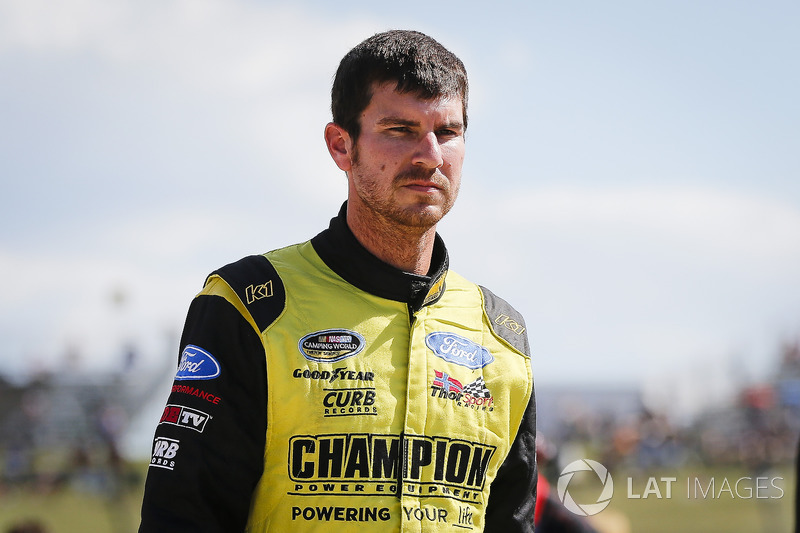 At 19, Haley is the youngest driver in this year’s playoffs. He won for the first time this year at Gateway Motorsports Park. The Winamac, Ind.-native could surprise a few folks if he can get past the first round – he’s finished 10th or better in his last seven starts. He’s also considered one of the favorites heading into this week’s road-course race.

“Going into the playoffs I think it’s one of the better rounds for our team … with Talladega, we have really fast superspeedway trucks and (CTMP) with my road-course background should be good.” 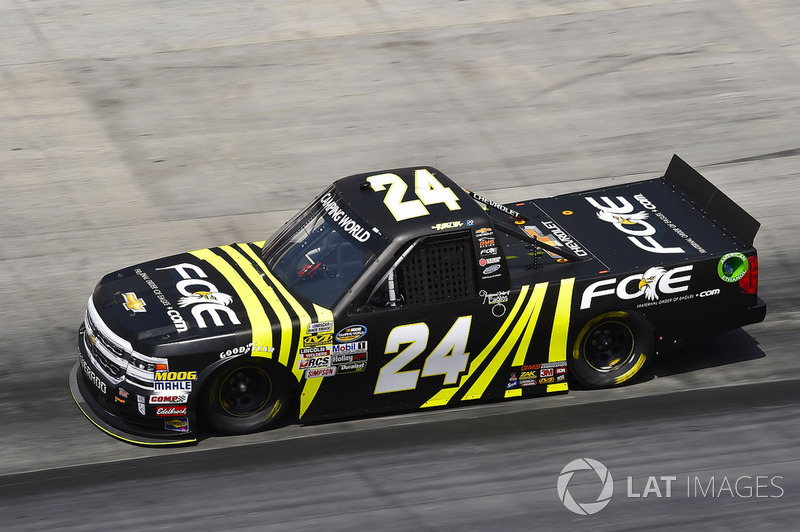 Crafton’s the veteran, 42 years old and twice a series champion. He has 14 career wins but none this season. His best ’18 result has been second at Dover but he is riding five consecutive top-10 finishes into the playoffs.

Being the eighth seed, he said, isn’t a concern.

“That was my mentality when we got our wins just by putting decent enough races together at the end of the season,” Crafton said. “Now we don’t have any pressure. Can’t get any worse and I know we will be better. I truly believe that. 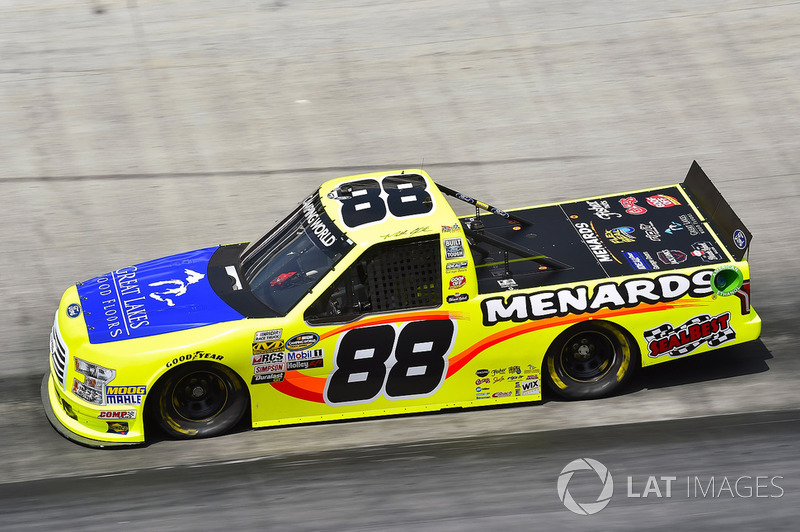 GMS Take on Trucks: Sauter and Haley ready for playoffs