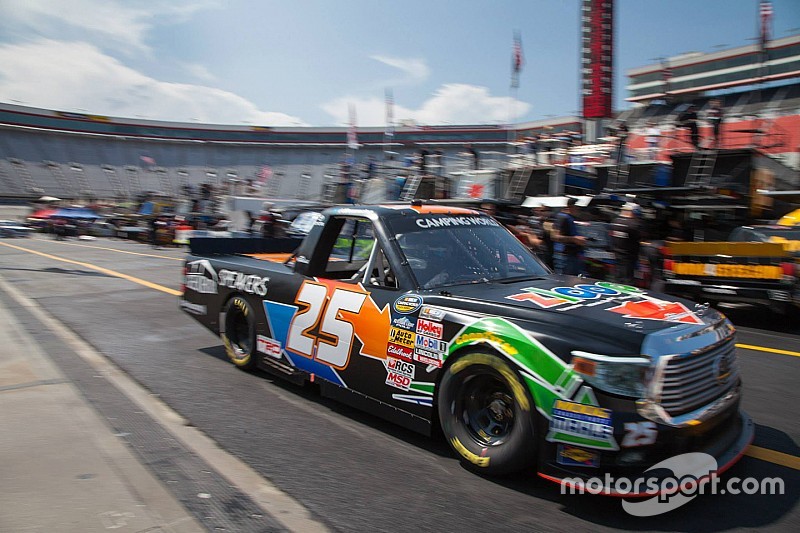 Justin Boston ran the first nine races of 2015 in the Camping World Truck Series for KBM.

According to the report, the lawsuit claims Boston and Zloop – a company co-founded by Boston’s father, Bob – failed to make scheduled payments to KBM in May and June as part of a two-year $6.4 million sponsorship contract.

Justin, 25, competed in KBM’s No. 54 Toyota the first nine races this season before leaving the team, scoring four top tens and finishing as high as seventh.

In an interview at the time he left the team, Boston said the departure was because “it just didn’t work out.” However, KBM at the time issued a statement in which it claimed Zloop breached its contract.

According to the ESPN report, KBM is seeking $4.025 million for the alleged default on the contract.

In 2014, a lawsuit was filed in U.S. District Court for the Western District of Louisiana against Zloop and Bob Boston by a former Zloop investor, Kendall Mosing.

Tagliani back in a NASCAR Truck for Mosport