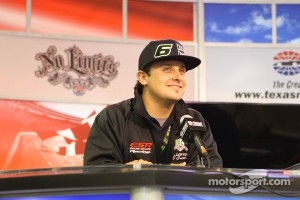 Justin Lofton and the No. 6 Millennium VIP Group Private Jet Services Chevrolet raced through the field in a fight for the championship on Wednesday at Bristol (Tenn.) Motor Speedway ("World's Fastest Half-Mile). After damaging his No. 6 Chevrolet during his qualifying attempt, Lofton had to start near the back of the pack and raced through the field from the 32nd position on the World's Fastest Half-Mile. The championship contender closed in on the competition to race all the way up to the 10th position before the checkered flag waved.

Starting near the back of the field, Lofton paced himself to move up the leaderboard during a long green-flag run at the beginning of the UNOH 200 at Bristol Motor Speedway. The 26-year-old picked up 20 positions before coming down pit road during the lap 82 caution period. With the truck just a little loose, the Millennium VIP Group Private Jet Services team went to work changing four tires, adding fuel and making a wedge adjustment to Lofton's truck before sending him back on the track.

Lofton continued to stalk the competition, slowly picking up position after position to move into the top 10 by lap 180. As cautions bred cautions during the closing laps of the 200-lap event, the field bunched up, resulting in some damage to the No. 6 truck. On lap 193, one of the frontrunners engine sputtered causing the rest of the field to step on the brakes. Lofton's teammate Cale Gale was turned off the nose of another competitor and spun into the inside wall as everyone else tried to avoid making contact. Lofton couldn't get slowed in time, and ran into the back of the truck in front of him causing damage to the nose of his truck. With the hood bent up, Lofton continued to run as best he could for the final green-white-checkered restart. Coming to the checkered flag, Lofton was racing side-by-side and got pushed up out of the groove while two other competitors dove to the inside to take positions. As a result, the championship contender crossed the finish line in the 10th position.

"We really fought hard to work our way up through the field," commented Lofton. "We got a couple of breaks along the way, but lost an opportunity at the end when the No. 9 truck got in to us in turn three coming to the checkered. It cost us a couple of spots, but we finished top 10. For starting in the 32nd position, I would say it was a pretty good race at Bristol."

Leaving the World's Fastest Half-Mile, Lofton is still sitting in fourth place in the championship point standings, just 31 points out of first place. Nine races remain in the 2012 season.