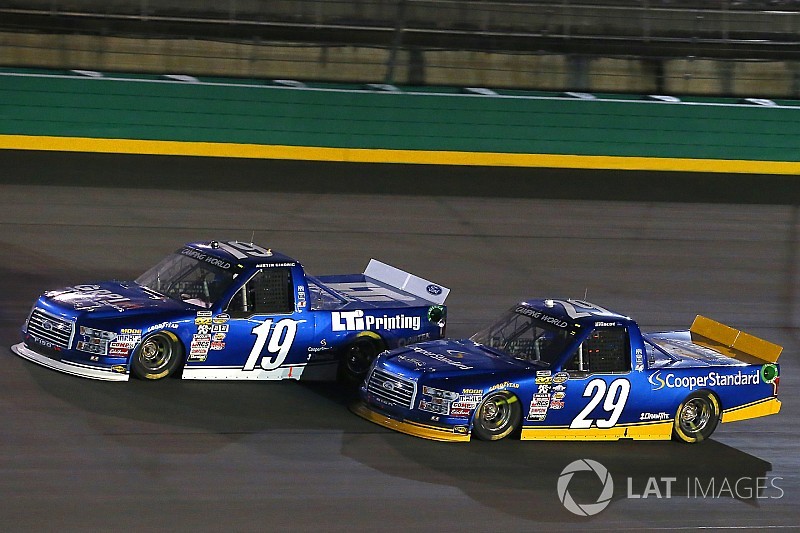 Brad Keselowski’s Checkered Flag Foundation will make a $150,000 donation to Fisher House Saturday morning at Phoenix (Ariz.) Raceway. Keselowski will present Ken Fisher, Chairman and CEO Fisher House Foundation, with the check during an announcement at the No. 2 transporter in the Monster Energy NASCAR Cup Series garage area.

“The mission of my foundation is to honor and assist those who have sacrificed for our country, specifically military service members and first responders,” Keselowski said. “Fisher House provides such an amazing service to our veterans and their families. I’ve had the opportunity to visit a Fisher House facility and it was world-class. Our community, my home state of Michigan, needs world-class facilities, and I’m happy that this donation will help build the location in Ann Arbor.”

Fisher House Foundation is best known for a network of comfort homes where military and veterans’ families can stay at no cost while a loved one is receiving treatment.  These homes are located at major military and VA medical centers nationwide, close to the medical center or hospital they serve. Fisher Houses have up to 21 suites with private bedrooms and baths. Families can share a common kitchen, laundry facilities, a warm dining room and an inviting living room. Fisher House Foundation ensures that there is never a lodging fee.

The check presentation to Fisher House highlights a busy Phoenix race weekend for the Checkered Flag Foundation. The No. 2 Miller Lite Ford Fusion will carry names of service men and women who were nominated by their friends and families along with the #Cheers2Vets hashtag.

Those same names will also be carried on the No. 29 Ford F-150 driven by Chase Briscoe in the NASCAR Camping World Truck Series race Friday evening, which will prominently display the Fisher House logo on the vehicle’s hood.

Briscoe said he’s happy to help promote such a worthy cause.

“As Phoenix comes closer, it’s crazy to think how fast this season has gone,” said Briscoe. “I feel really privileged to be running the Checkered Flag Foundation and Fisher House on our truck for Veterans Day weekend. We’ve got the names of 164 veterans on our truck bed. I would love to get a win to recognize those veterans and everyone else who has served this country.”

"Stage points are super important, so you’ve got to be aggressive,” said Cindric. “We’re going to be focused on qualifying so we can stay up front. Five points is the difference between one driver finishing fifth in a stage and the other not getting any stage points. Both ends of the racetrack at Phoenix are completely different, so communication between driver and crew chief is important. You need to be able to race in traffic and handle well at both ends of the track and get in the gas soon.

“We’ve had top-five speed with our Draw-Tite Ford F-150 at tracks about a mile in length, so I’m encouraged by that,” said Cindric. “I’m looking forward to using my experience in the Truck Series at Phoenix to qualify up front and race well.”

Rhodes and Cindric collide in battle to advance into final four