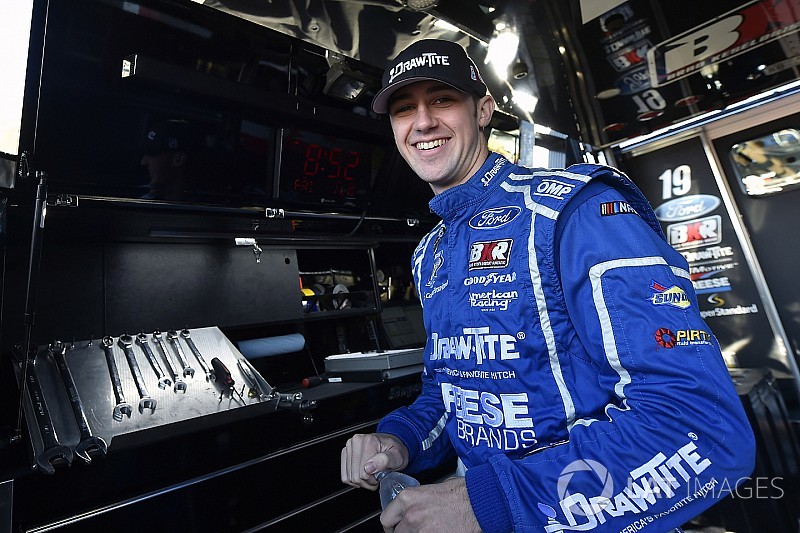 Despite being an underdog since the beginning of the 2017 Camping World Truck Series Playoffs, rookie Austin Cindric is one of the four drivers remaining with a chance to win the title.

Cindric and crew chief Doug Randolph would like nothing better than to go out on a high note in their final race together--and the last for BKR.

Cindric survived the late-race incidents at Phoenix to qualify for the final four. He’ll join defending champion Johnny Sauter, Matt Crafton and Christopher Bell as they’ll race for the title on Friday night.

"It means the world to me to put Brad Keselowski Racing in the Championship 4,” said Cindric. “It’s a huge opportunity for me and for everyone on this team, especially since this is the last race for BKR. I’ve got thank everyone for putting their heart and soul into this program. It’s also really special to have Draw-Tite and REESE Brands on our Ford F-150 this weekend. Horizon Global has been a longtime partner with BKR and it’s incredibly special to have them along for the ride this weekend.”

Cindric, 19, has never competed at Homestead-Miami Speedway. But the youngest of the truck contenders Cindric is up for the challenge.

“I’ve never raced at Homestead, so I’m getting as much information and talking to as many people as I can,” Cindric added. “We are the underdog, and I love that. It’s going to be critical for me to get up to speed and understand the balance of the race truck. It’s also going to be critical for me to understand the swing from cool morning temps to blazing hot sun, and a windy qualifying session. That’s going to be a huge swing. I’ve got to be as prepared as I possibly can be to qualify us in a good position to start our night off right.”

Although he’s come close to victory in his rookie season, Chase Briscoe would like to seal the deal at Homestead.

The freshman trucker has performed admirably in 2017. His average finish of 8.8 ranks third on the tour. But a victory would solidify the effort of the No. 29 team in what will be the final run for BKR.

"It’s been an up-and-down season for our team this year, and we really want to cap it off with a win,” said Briscoe. “As much as we wish our No. 29 Cooper Standard Ford F-150 team was in the Championship 4 and feel like we should be there with our teammate, it wasn’t meant to be this year. Now, we will just go down there and have fun and see what happens.

"It’s been a fun year getting to know my guys and racing for Brad. Hopefully we can do them all proud and send him out on top. I can’t think of anything better than a 1-2 finish where I get my first win and Austin earns this team the championship that Brad has always wanted.”