Justin Haley scored an impressive sixth-place finish at Martinsville while his teammate Johnny Sauter took the win advanced to the Championship 4. 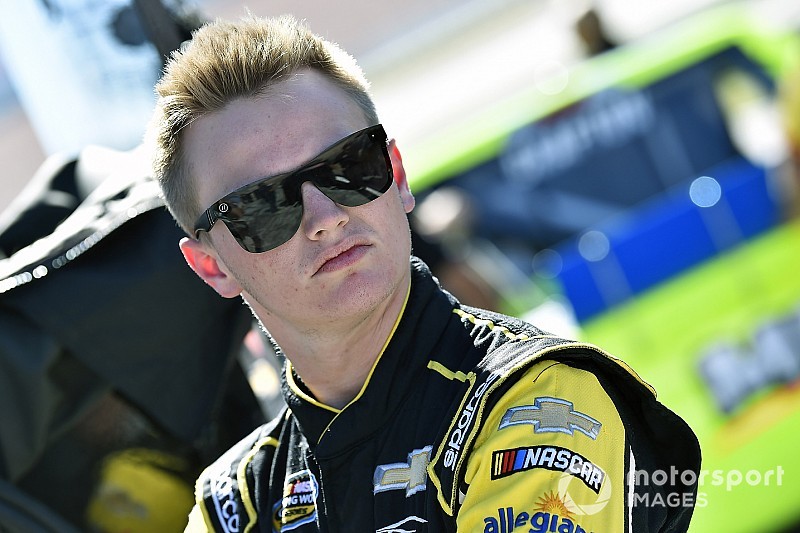 Haley is on a roll as he continues his quest to join Sauter in the final four for the NASCAR Camping World Truck Series championship at Homestead-Miami Speedway in just a few weeks.

“We had a really good run at Martinsville Speedway and moved up in the points standings,” said Haley.  “Thankfully we closed up the gap some. We gave it all we had at probably my least favorite track, especially least favorite in the Round of Six.”

After a rough start to the season finishing 14th or lower in four of the first nine races, Haley continues an impressive streak since picking up the win at Gateway Motorsports Park in the 10th race of season.

“We’re really good at Texas and we’re bringing my Gateway win truck to Phoenix, so if all goes right we should be pretty good there,” Haley said. “I’m just very thankful to come out of Saturday’s race the way we did. I’m proud of a sixth-place run.”

Haley also has the luxury of working with Sauter the rest of the way and that is something he appreciates.

“I tell everyone all the time I love having Johnny (Sauter) as a teammate off the track,” said Haley. “But on the track he’s one tough competitor but having him there to offer any advice he can is something I really appreciate.

“Now it’s crunch time. I’m happy for Johnny and the No. 21 team being locked into the championship four at Homestead, now (it’s time) to get ourselves locked in and see him there.”

Haley finished third at Texas in the spring race and has one pole and three top-six finishes in as many races at the 1.5-mile track.

“Texas is probably my favorite track on the remainder of the schedule and I look forward to racing for the win to lock ourselves in the finals,” Haley added.