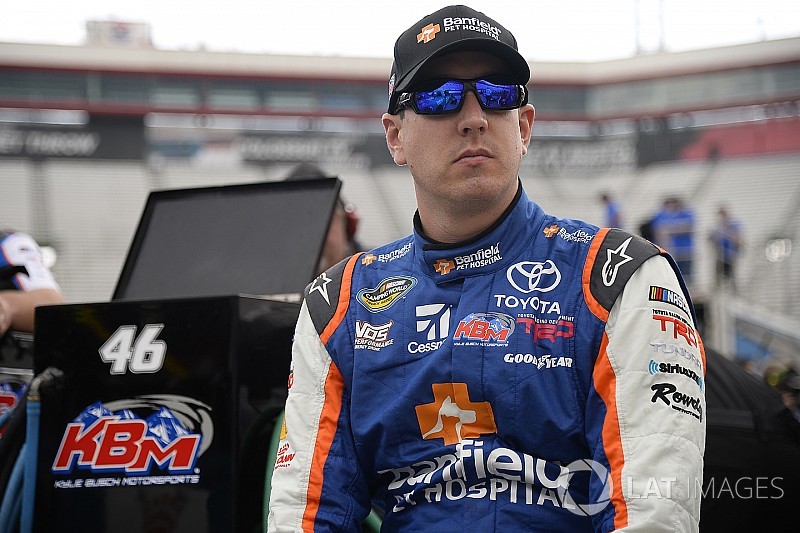 Davis and Jones will each compete in five races this season, while Herbst will make a pair of starts.

Jones, 20, will compete full-time this season for Joe Gibbs Racing in the Xfinity Series and has finished second three times in Trucks, most recently at Kentucky last July.

“I have always wanted to be a part of Kyle Busch Motorsports, ever since they started the team and began racing at the Late Model level,” Jones said. “It’s amazing what they have done with Toyota over the years and how they’ve turned the organization into a championship-caliber team.

“I hope that I’m able to add some Camping World Truck Series wins to their legacy.

Davis, a 19-year-old native of Dawsonville, Ga., made seven ARCA starts last season as well as multiple Super Late Model starts. He has one victory in the K&N Pro Series East.

“When you get behind the wheel of one of their Tundras it puts a lot of weight on your shoulders because you know the equipment is capable of winning and it's up to the driver to get the job done,” Davis said of KBM.

“I’ve got five shots to get to Victory Lane this year and I feel like that's enough to make it happen.”

Herbst, 18, competed full-time for JGR in ARCA last season, winning once and was named the series rookie of the year. He will again compete full-time in ARCA this year for JGR.

“It’s pretty cool to join my fellow Las Vegas natives Noah Gragson, and of course Kyle at KBM, and I can't wait to race in front of my hometown crowd at Las Vegas Motor Speedway in September,” he said.

“I’m going to do everything I can to make the most of the opportunity.”

Herbst will compete June 23 in the No. 51 at Gateway Motorsports Park and Sept. 14 at Las Vegas.

Ben Rhodes to continue with ThorSport in 2018