NASCAR's Camping World Truck Series to get new name in 2019 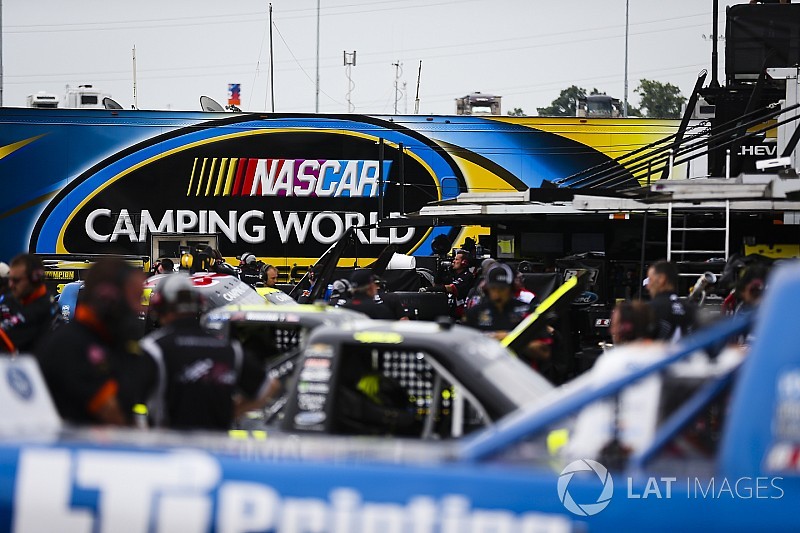 NASCAR’s Camping World Truck Series will be rebranded beginning with the 2019 season.

Camping World has been title sponsor of the series since 2009 and holds naming rights to the series through the 2022 season.

Beginning next season, the series will become the Gander Outdoors Truck Series. Gander Outdoors, formerly known as Gander Mountain, was purchased and rebranded by Marcus Lemonis, chairman of Camping World, in May 2017.

“Nearly a decade ago we felt strongly our entitlement sponsorship would dramatically increase Camping World’s customer base and it’s delivered,” said Lemonis. “We expect the passionate fans of NASCAR will embrace Gander Outdoors the same way they supported Camping World and we couldn’t be more excited about the future of the series.”

Additionally, as part of the newly expanded agreement, Camping World partner brands Overton’s and The House Outdoor Gear will also receive official NASCAR status. The newly signed agreement, which continues through 2022, includes rights to activate across all retail locations nationwide.

“The NASCAR Camping World Truck Series has a consistent and dedicated fan base that will embrace the Gander Outdoors brand,” said Steve Phelps, NASCAR Chief Operating Officer.  “This expanded agreement demonstrates our partners’ confidence in the on-track product and the power of our brand loyal fan base.”