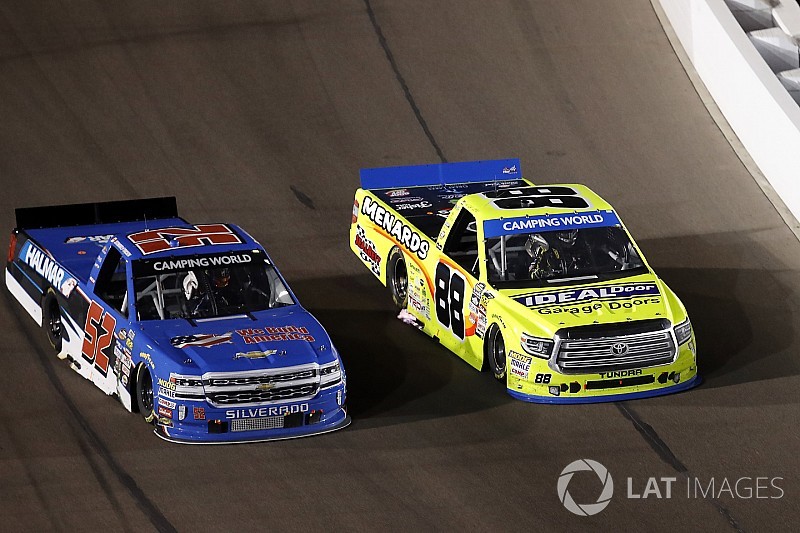 Friesen, who has collected two top-five finishes, four top-10s and a pole this season in 18 Truck starts, piloted his No. 52 Halmar International Chevrolet around the carnage late in the race to finish as one of 10 drivers on the lead lap.

Hathaway, a veteran competitor in the NASCAR Pinty’s Series, started the Truck race at Canadian Tire Motorsport Park in September, finishing 15th and he moved up to finish a very respectable 11th in his first NASCAR Truck start in the U.S.

He was obviously happy at the end of the race on Friday.

“First of all I can’t believe I had the chance to run a truck at Phoenix Raceway,” Hathaway said. “Never did I think I would have finished 11th. What a great team to work with at Premium Motorsports for my first oval in NASCAR trucks. I have had a lot of support throughout my career and this race was the biggest ever.

I appreciate the support from Kubota USA and Kubota Canada to make this dream come true.”

Like his close friend Hathaway, the St. Thomas, Ontario, native scored his best finish in the Cup series coming home 26th in his fifth career start.