© 2021 Motorsport Network. All rights reserved.
TV Buy tickets Store
Previous / Hailie Deegan says first NASCAR win is "best day of my life" Next / Tyler Dippel to drive for GMS: “This is the opportunity of a lifetime”
NASCAR Truck / Breaking news

NASCAR Truck Series driver Jordan Anderson said Tuesday he has returned a race truck that was the subject of a warrant for his arrest and the charges have been dismissed. 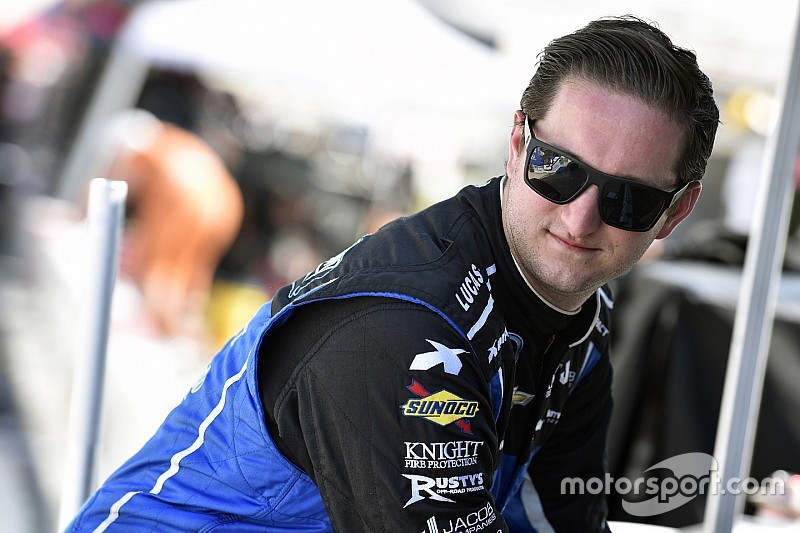 “We have been cooperating with the investigation through counsel since I was notified about there being a potential warrant for my arrest while we were racing in Las Vegas,” Anderson said Tuesday in a statement.

"My attorney has stayed in constant contact with the Rowan County District Attorney handling the case to reach a resolution, which has resulted in charges being dropped and a voluntary dismissal being filed earlier this morning without the need of a formal arrest.

“The race truck in question was delivered earlier this week to a location desired by the Rowan County Sheriff’s Department. I continue to maintain my innocence in this matter, and the fact that I bought the race truck in good faith with a bill of sale, unbeknown of its history.”

According to the sheriff’s department, Anderson bought the truck from Robert Newling, who had made repairs on the truck. Newling was arrested on charges of larceny of a motor vehicle. His next court date is Nov. 21.

Anderson said he is ready to move on from the incident.

“This has been quite a humbling lesson in being a new team owner, and the importance of discerning who you do business with. I take great honor in representing to the best of my ability my fans, partners, and family; and am grateful for your grace, support, and prayers through this all,” he said.

Tyler Dippel to drive for GMS: “This is the opportunity of a lifetime”