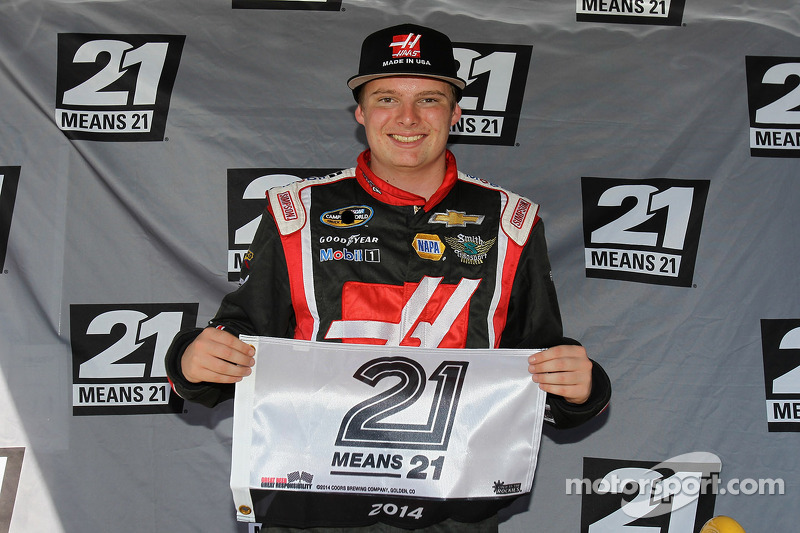 MADISON, Ill. — Cole Custer became the youngest driver in the history of NASCAR’s top three series to win a pole.

On Saturday, Custer posted a lap of 136.426mph for the Drivin’ for Lineman 200 in the No. 00 Haas Automation Chevy, a new track record for Gateway Motorsports Park.

“I think it mostly reflects of our team,” Custer said. “Our team is really good and I really understand these tracks. I feel I can excel at these types of tracks. So I think we were expecting to be good and win poles and everything this year. I think it was just a matter of time.

“Turner Scott (Motorsports) has always made great trucks and you can’t deny the power of Hendrick Motorsports engines. All my team – crew chief Joe Shear – his setups are solid. It’s almost like driving for a dream team.”

Custer – at 16 years, 4 months and 22 days – beat out Casey Atwood in the Nationwide Series and Chase Elliott in trucks, both who were 17 when they set their respective series records.

Custer will be making his third career truck start on Saturday night. He finished 12th in his debut at Martinsville Speedway and 14th at Dover Downs. Custer, who tested a truck here last winter, is confident heading into tonight’s race.

“I know I have a truck capable of doing it,” Custer said. “I just have to go out there and not make any mistakes.”