Riggs looks to bounce back from Daytona bad luck 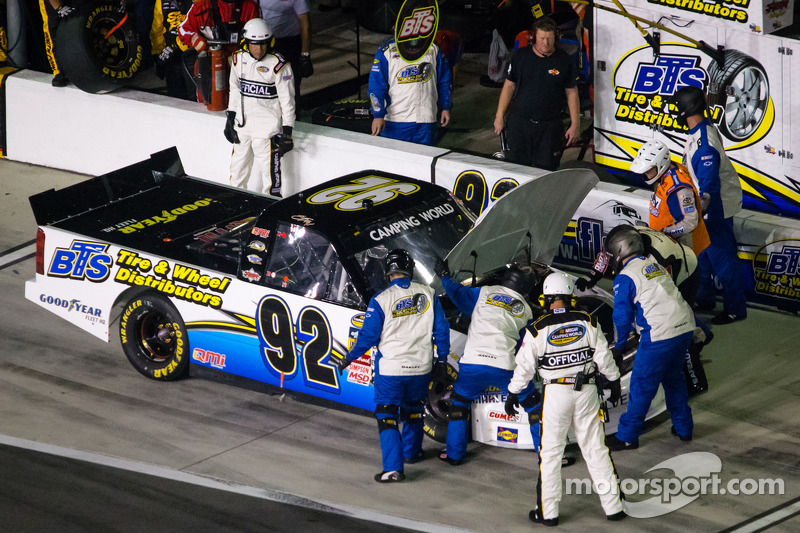 Despite engine trouble at Daytona, Riggs and the team are very optimistic as the head to Martinsville Speedway for the Kroger 250

Engine trouble was the culprit, but Riggs and the team are very optimistic as the head to Martinsville Speedway for the Kroger 250 NASCAR Camping World Truck Series (NCWTS) event.

"We had a great truck at Daytona," said Riggs, who started 18th and quickly moved his way to the front, running as high as fifth in the early going. "These things just happen sometimes in racing. I'm excited about the truck that we have for Martinsville this week." 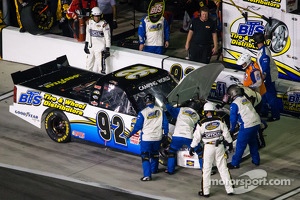 Scott Riggs in the pits

And with good reason. It is the same truck that Riggs drove to a fifth place finish at Martinsville last October.

"Martinsville is always a lot of fun," said Riggs. "We had a great truck here back in the fall and (crew chief) Mike (Hester) and the team have been worked on these trucks all winter, so we should have something for those guys this week."

After six weeks away from the track, the NCWTS is entering a stretch of three races in three weeks. After Martinsville, the trucks return to Rockingham Speedway for the North Carolina Education Lottery 200 at The Rock presented by Cheerwine. Due to Riggs' NASCAR Sprint Cup commitment at Texas Motor Speedway, Clay Rogers will pilot the No. 92 Chevrolet at Rockingham Speedway.

Rogers drove the No. 92 for 15 races in 2011 and posted a career-best NCWTS finish of third at Daytona.

"Scott recently got this great opportunity to run the Sprint Cup race at Texas and thankfully Clay is going to available to come down and drive the truck for us at Rockingham," said RBR Enterprises owner Ricky Benton. "We have worked with Clay in the past and he has had a great deal of success at Rockingham in a number of series. We are excited to have him back for this race."

Since its reopening, Rogers has the most wins at Rockingham with four victories on the one-mile oval.

David Starr excited to get back to racing for Martinville 250