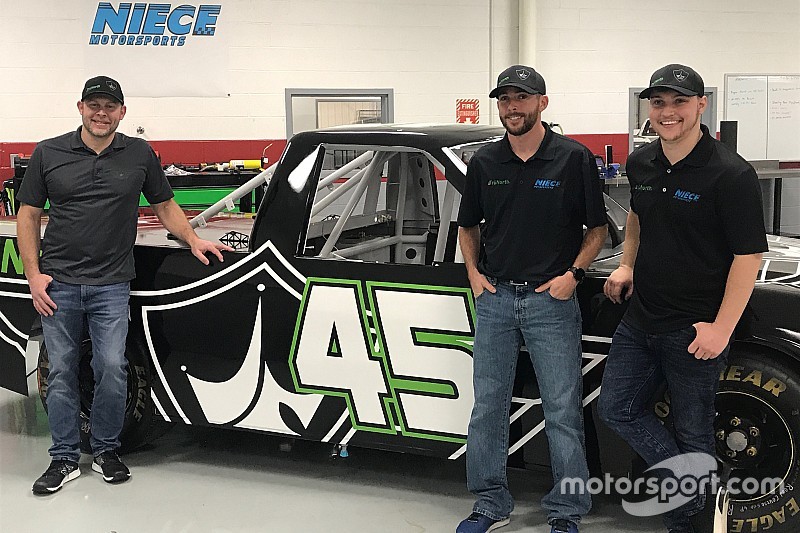 After losing his Xfinity Series ride, Ross Chastain is back to adding races to his 2019 NASCAR season.

Niece Motorsports announced this week that drivers Chastain and Reid Wilson would share the organization’s No. 45 Chevrolet during the 2019 Gander Outdoors Truck Series season.

Chastain, 26, will kick off the season competing in the season-opener next month at Daytona International Speedway, driving a truck featuring a paint scheme designed by Paul Teutul Jr. of Paul Jr. Designs and star of the TV show “American Chopper.”

The team will also be sponsored by TruNorth, which provides commercial asset related warranty programs and services for dealers, fleets, owner-operators, and commercial finance companies. The company partnered with Paul Jr. to build the first TruNorth custom bike, which was unveiled in early November at the UTA Convention in Orlando.

“We are thrilled to have Ross with us again this year, and to have Reid join the team,” said Niece Motorsports general manager Cody Efaw.  “As a team we really feel like we made a lot of progress in the caliber of our trucks last season, and we are excited to continue that momentum with two drivers who can really showcase their abilities.

“We’re excited to see what we can accomplish together this season.”

Last season, Chastain made three starts with Niece Motorsports, at Bristol, Texas and Homestead-Miami Speedway, earning a best finish of 12th at Bristol. He also made 34 starts in the Monster Energy NASCAR Cup Series and competed fulltime in the Xfinity Series, where he won his first series race competing for Chip Ganassi Racing.

“I really enjoyed working with this Niece Motorsports team last season, and I’m excited to continue that this year,” said Chastain.  “I know everyone at the shop has been working hard to prepare for this season, and I’m just fortunate to get to drive these trucks.  I feel confident that we can have a successful year together.”

Chastain was slated to compete fulltime in the Xfinity Series for Ganassi this season but recently lost that ride when the team lost its sponsor. He plans to continue to compete in all three NASCAR series this season.

“We really got our feet wet in the Truck Series last season, and I’m excited to continue that into this season,” Wilson said. “I can’t thank Al Niece and TruNorth enough for this incredible opportunity.”

Prior to moving into Trucks, Wilson made eight starts in the NASCAR K&N Pro Series East over two seasons with a best finish of sixth (twice).