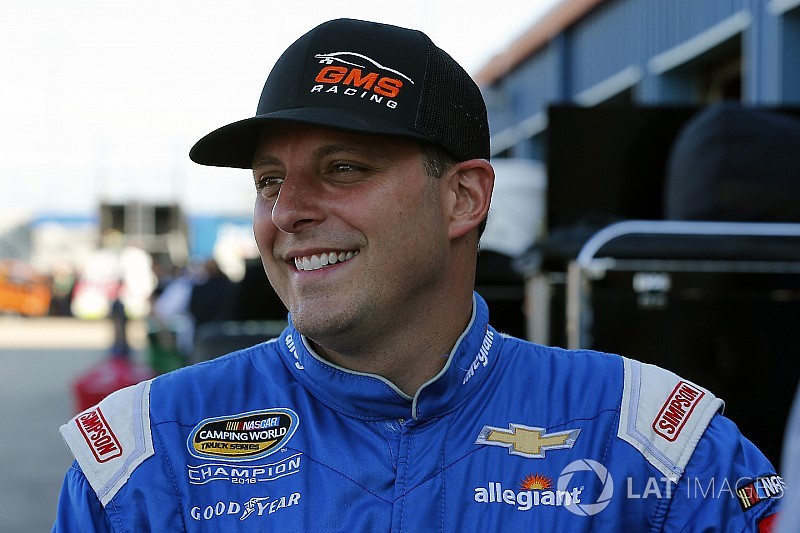 Sauter posted an average lap speed of 179.319 mph – the fastest lap of the two sessions – to top the leaderboard in the final 55-minute session in preparation for Friday night’s Stratosphere 200. He was also fourth-fastest in the first session.

Sauter’s first career series win came at Las Vegas in the 2009 season. He has 18 career Truck wins, including a victory in the 2018 season opener at Daytona.

Brett Moffitt, fresh off his victory in last weekend’s race at Atlanta Motor Speedway, was second-fastest in both practice sessions. Moffitt has never competed at Las Vegas in the Truck series previously.

Justin Marks, making his first start this season with DGR-Crosley Racing, was fastest in the first session with an average lap speed of 178.141 mph.

Brett Moffitt: "I would go race for free" to be in winning equipment