David Gravel has had no problem displaying his racing talent on dirt and he’s off to a quick start in his transition to asphalt.

Gravel, who owns 51 World of Outlaws feature wins, began his move to asphalt racing last weekend on one of stock car racing’s most iconic tracks – Daytona International Speedway, taking part in a two-day ARCA Menards Series test at the track.

He will run the ARCA season opener at Daytona next month for GMS Racing, competing with GMS’ alliance team, KBR Development.

He also is scheduled to compete in six NASCAR Truck Series races this season, including the dirt race at Eldora Speedway. The other five races have yet to be finalized.

“It’s been pretty crazy being at Daytona as a driver. I’ve been here a couple times for the 500 and the Truck race to watch but never got to drive anything around here,” Gravel said. “It’s pretty cool, but you have a job at hand and you have to try to do it.

“I’m just trying to get in the ballgame, trying to see where I stack up with everybody. Hopefully, I can adapt fast and be in the hunt in these races I’m running and prove to people I have what it takes.” 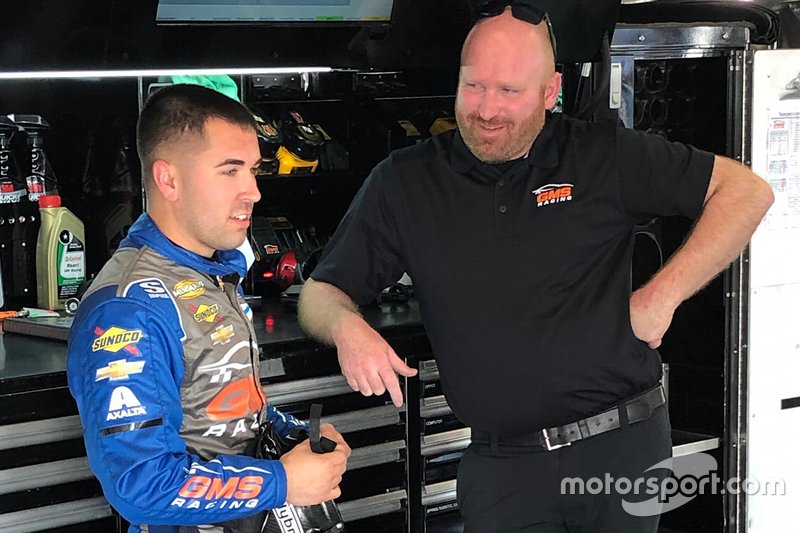 He certainly has turned heads in his racing career so far.

Gravel appeared to adapt quickly during his Daytona test as well, ending the two-day session with the second-fast average lap speed overall, reached during a drafting session.

“I feel like I really adapted quick to single-car runs, got a little bit smoother, trying to do all the things to make my team happy. Drafting was good,” he said. “I think everything has gone good.

“I really don’t have any worries right now. Obviously, when it’s going to be two-wide and 10 cars in each lane, it will be a little bit different.”

As for his objectives in the race next month?

“I’d like to finish the race first, finish on the lead-lap and see what happens. I think anything is possible. I feel if you’re up in the top 10 with a couple laps to go, you have a chance,” Gravel said.

“I just want to be in the hunt. I want to run the whole race and hopefully have no drama.”

NASCAR Hall of Famer Jeff Gordon helped initiate Gravel’s transition to NASCAR after watching him compete and meeting him in person in last year’s Chili Bowl.

“I’ve been following David’s career for a while and have tremendous respect for his talent behind the wheel,” Gordon said. “I had a chance to meet David at the Chili Bowl in 2019 which led to the Axalta Coatings sponsorship opportunity at the Knoxville Nationals in a sprint car.

“Once I saw his performance at that race I knew he deserved a chance to pursue his dream of racing in NASCAR. It has been fun to see that come to fruition with GMS, who is leading the way in bringing new talent into the Truck Series and NASCAR.”

Gravel said whenever he is not racing a Truck this season, he will be competing in sprint cars.

“I plan on running 85 percent of the Outlaws schedule. But I’m flexible on the Outlaws side if I get more races on the asphalt side. I’m going to be open-minded and flexible,” he said.

“I guess I’m testing the waters. For me, I’d like to run more races this year but how’s it’s worked out, maybe it’s a good thing just to get my feet wet. We’ll see how this goes.

“We’re going to take it one race at a time. I want to win races but I know there’s a lot of little things in the Truck races I’m going to have to learn and get better at.”

Suarez on standby for injured Hocevar for Sonoma Truck race