Dippel has possession of a controlled substance charge dropped 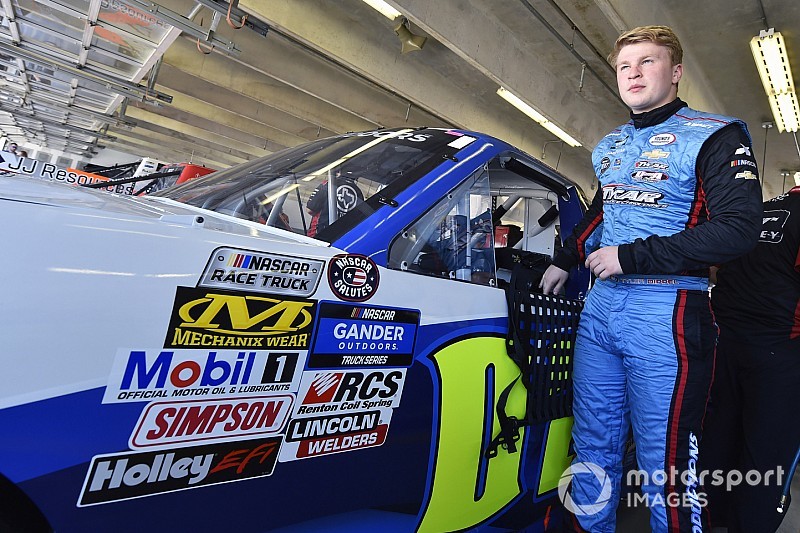 Tyler Dippel remains suspended from NASCAR, but the charges against him for criminal possession of a controlled substance have been dropped.

Dippel was suspended by NASCAR before last weekend's race at Canadian Tire Motorsports Park, citing actions detrimental to stock car racing, including a violation of the sport's code of conduct.

Dippel was reportedly charged with criminal possession of a controlled substance, but the charges have since been dropped. The 19-year-old posted an update on social media Wednesday, explaining the situation.

"I would like to start by apologizing to my fans, Young's Motorsports, NASCAR, Gander Outdoors, our partners, and my family and friends for the grief this situation has caused. Due to an ongoing investigation we have not been able to speak on the topic until today.

"On August 18, while driving home from the Orange County Fair Speedway, I was pulled-over for changing lanes without proper signal. The trooper asked my passenger and myself if we had been using drugs and we responded with "no" - because we hadn't. The trooper continued to question us and then asked to search the vehicle, which I gave him my consent as I had nothing to hide. In the back of my truck was a friend's backpack who was not with us containing his prescription medication. Because it was in my vehicle, I was charged with criminal possession of a controlled substance. Upon my appearance ticket, I contacted NASCAR within hours to inform them of the situation. Due to the NASCAR rule book and code of conduct, they ruled to suspend me indefinitely. I respect their decision.

"I along with my team will work closely with NASCAR to hopefully be reinstated so I can be back in the Young's Motorsports No. 02 Chevrolet. I take full responsibility for my actions.

"Thank you again to everyone who has supported me. I look forward to seeing everyone soon."

Per NBC Sports, Orange County chief assistant district attorney Christopher Borek confirmed that the charge has been dropped and that Dippel pled guilty to speeding and failure to stay in his lane.

Dippel has since been reinstated by NASCAR.

Moffitt gets first win of 2020 and locks into Championship 4

Lessard after Talladega win: ‘First time doing a burnout; hope to do more’