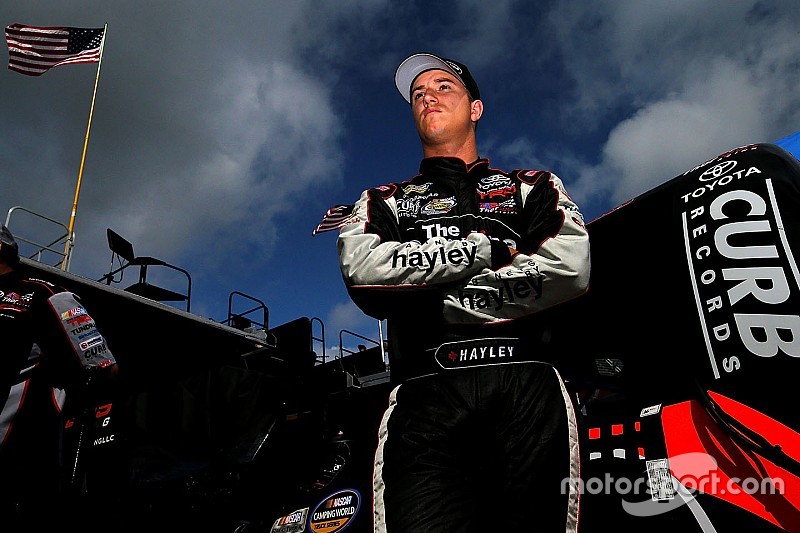 Canadian racer Cameron Hayley will drive the No. 13 Toyota Tundra for ThorSport Racing in 2016.

The 19-year-old Calgary native, who is currently the only Canadian to compete full-time in NASCAR’s top three tours, finished sixth in the Camping World Truck Series standings last season with four top fives, 13 top 10s and an average finish of  11th. Hayley’s best result came in the fall race at Martinsville Speedway where he started on the front row and finished a career-high of third.

He made his truck series debut with Turner-Scott Motorsports in 2014. He posted two top-10 finishes in three starts and earned a remarkable average qualifying effort of 5.7.

Hayley’s return marks the first time the Sandusky, Ohio based-operation has campaigned four truck team’s since its inception in 1996. ThorSport is the longest-running organization in the NCWTS and holds the series’ record for competing at least one truck in the last 454 races.

Eddie Troconis, the former engineer on the No. 4 Toyota Tundra at Kyle Busch Motorsports, will serve as Hayley’s crew chief.

In addition to Hayley’s experience in trucks, he ran two seasons in NASCAR K&N Pro Series West in 2012-2013 and the 2014 season in the K&N Pro Series East where he finished second in the standings.

NASCAR to offer crate engines to Truck teams in 2016