© 2021 Motorsport Network. All rights reserved.
TV Buy tickets Store
Previous / Ty Gibbs got a taste of Daytona and is 'having a blast' Next / Sprint car star David Gravel wants to 'be in the hunt' in NASCAR
NASCAR Truck / Breaking news

Todd Gilliland will return to the NASCAR Gander RV and Outdoors Truck Series this season with a new team fielded by Front Row Motorsports. 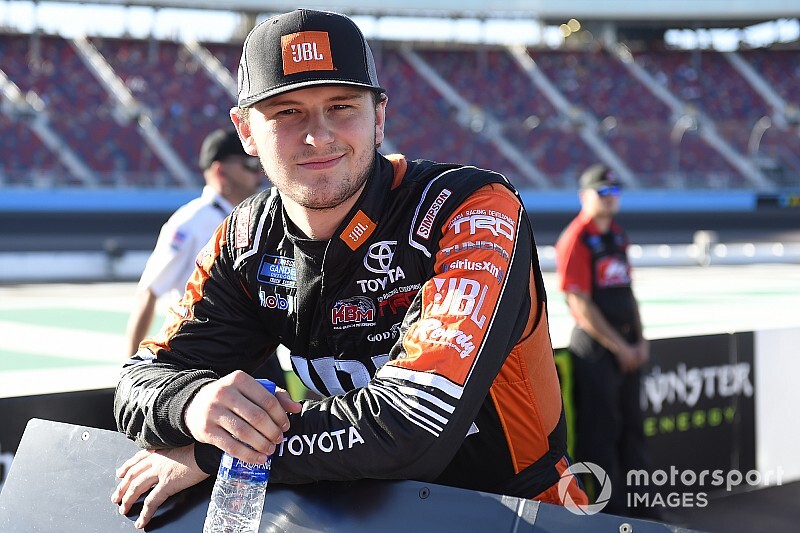 Gilliland, 19, has spent the last two seasons competing in Trucks for Kyle Busch Motorsports but will move to the No. 38 Ford fielded by Front Row this season, which will be run with an alliance with DGR-Crosley.

In 48 series starts, Gilliland has one win, 12 top-five and 26 top-10 finishes. He picked up his first victory last fall at Martinsville (Va.) Speedway.

“I’ve been around (owner) Bob Jenkins and the whole Front Row crew for a long time growing up with my dad racing for them. The talent that they've brought in for my program is really exciting,” Gilliland said.

“I know or have worked with almost every person that’s on my team this year at some point in my career. That helps tremendously in building relationships and trust with each other.”

Gilliland, a third-generation NASCAR driver, is a two-time champion of what is now the ARCA West series and has won two ARCA Menards Series races in just nine starts.

Former NASCAR Cup Series engineer Jon Leonard will serve as Gilliland’s crew chief. He served as an interim crew chief for Levine Family Racing for several months before moving back into an engineering role at Richard Childress Racing last season.

“We’re all very excited for this expansion,” Jenkins said. “I’ve watched Todd grow up in this sport and have seen the talent he brings firsthand. Not only does he come from a racing family, but he's got the natural ability of a winning driver.

“I'm confident that having him drive in our debut season will be a great success.”

Five things to watch in NASCAR trucks race at Gateway