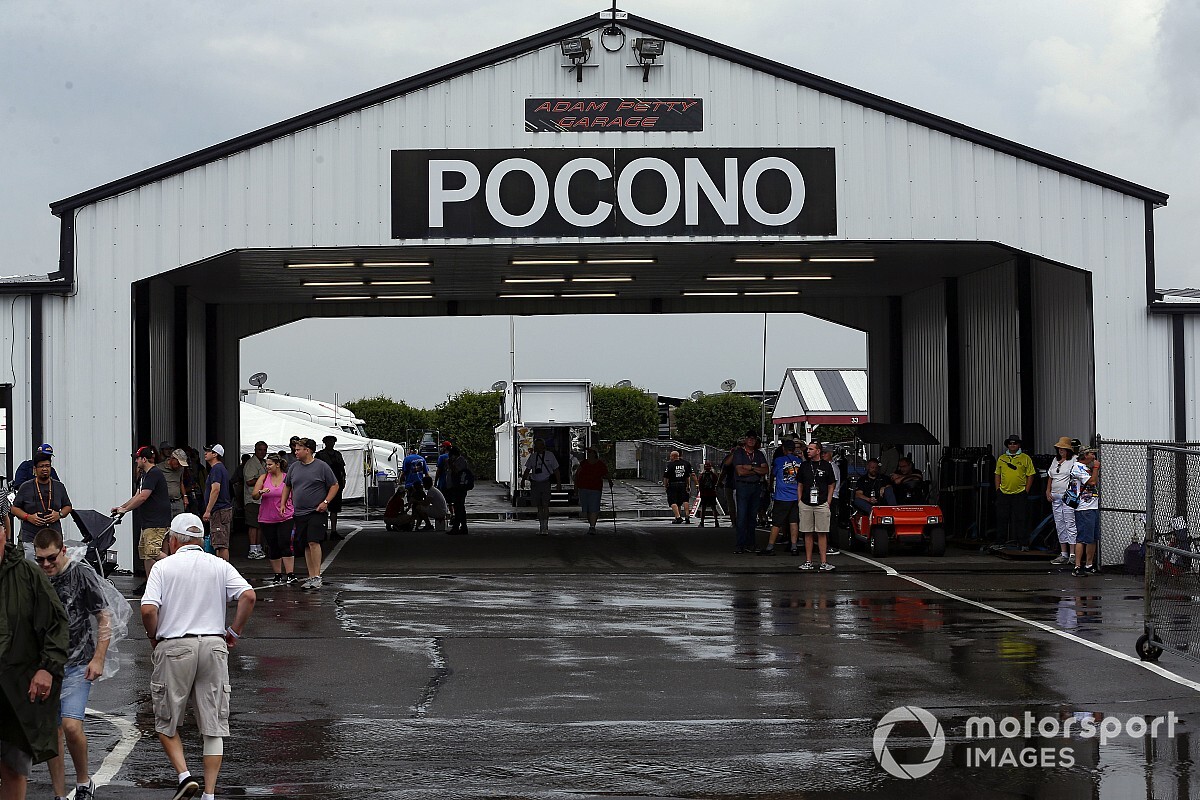 Pocono Raceway's first attempt at back-to-back doubleheaders of NASCAR racing is off to a wet start.

Persistent rain in the area of the track has forced the postponement of Saturday's Truck Series race, which was scheduled for a 12:30 p.m. ET start.

The race has now now been rescheduled for 9:30 a.m. ET Sunday and broadcast live on Fox Sports 1. That will mean NASCAR will try to run three races on Sunday - Trucks in the morning, Xfinity Series at 12:30 p.m. ET and a second Cup Series race at 4 p.m. ET.

As of now, Saturday's Cup Series race is still on schedule for 3:30 p.m. ET start on Fox Sports. However, the forecast calls for a 70 percent chance of thunderstorms through 5 p.m. ET.

Should Saturday's Cup race ultimately be rained out, it will be rescheduled for Noon ET Monday and broadcast live on Fox Sports.