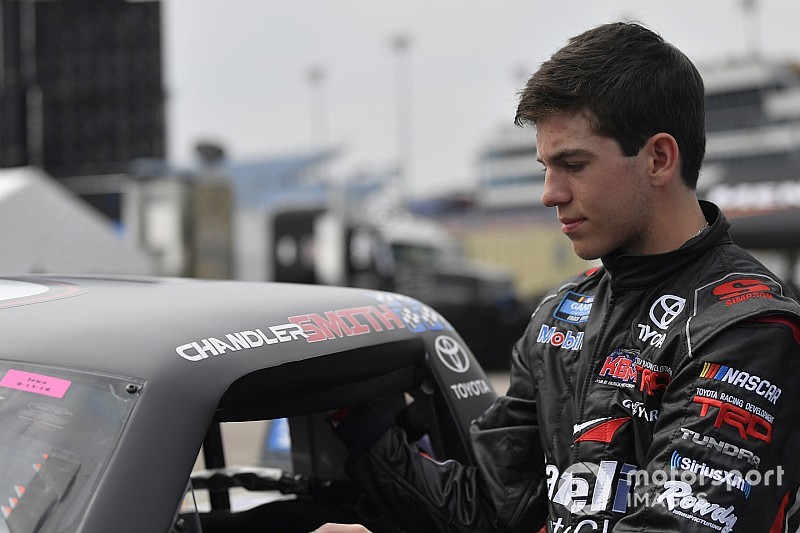 Iowa Speedway will host its first NASCAR doubleheader on Sunday.

The Truck Series got two practices in on Saturday but had its qualifying session rained out. The field was set per the rulebook, which is based mostly on owner points.

"I think it was really a mental deal I had to deal with this week," said Smith, who won Friday night's ARCA race in Madison, Wisc. "I had to fly back from Wisconsin and got in at 2 a.m. this morning and I really needed to be mentally prepared.

"I knew I would show up and these guys would have good speed in my truck. I've been resting a lot this past week and hydrating a lot. I felt like we really had a good chance of getting the pole. I'm kind of upset I didn't get to earn that position."

Xfinity Series qualifying will take place Sunday prior to the race, as was originally scheduled.

Ross Chastain on verge of Truck playoffs with Iowa win