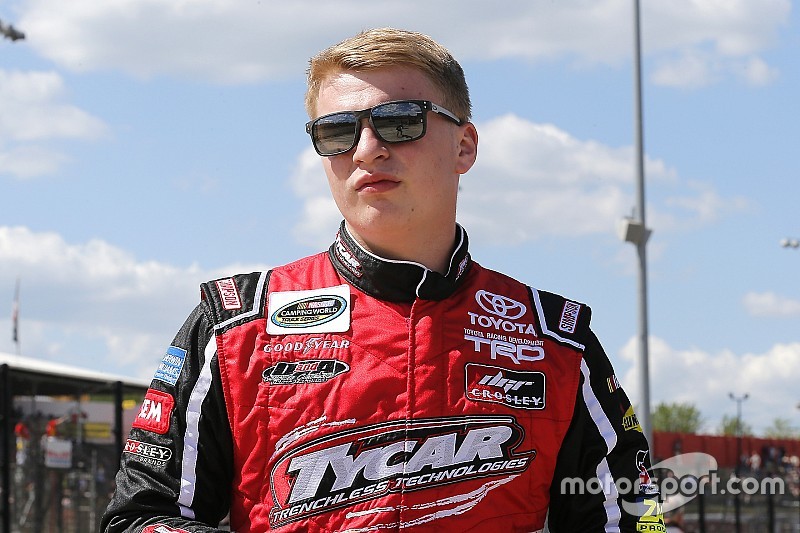 Tyler Dippel is the latest young driver moving up to a fulltime ride in the NASCAR Gander Outdoors Truck Series.

Dippel, 18, who finished second in the series standings last year in K&N Pro Series East, will compete fulltime in Trucks this year with Young’s Motorsports, driving the team’s No. 02 Chevrolets.

He will join Spencer Boyd and Gus Dean as Young’s expands to three fulltime entries.

Dippel, a native of Wallkill, N.Y., got a taste of the Truck series last season, making five starts with a series-best finish of 13th at Eldora Speedway.

“I think it is going to be a good year. Our primary goal is to run well - week in and week out,” Dippel said in a statement. “I believe aiming for the NASCAR Gander Outdoors Truck Series Playoffs is a realistic goal for our No. 02 Chevrolet Silverado team.

“That is what we will shoot for first, and we can make it happen because of the great group of guys I have on the team.”

In three seasons in K&N Pro Series East, Dippel – who has a dirt racing background – won two races and had nine top-five and 21 top-10 finishes and won two poles in 40 starts. Dippel has made eight starts in ARCA, with a series-best finish of third at the Illinois State Fairgrounds in 2017.

He is also a former member of the NASCAR Next program, an industry-wide initiative designed to showcase rising young stars in racing.

“Tyler has risen through the ranks the right way with his progression. With a racing career starting at seven-years-old, he has been around the sport a long time,” said team principal Tyler Young.

“His NASCAR Gander Outdoors Truck Series experience will help when we get to Daytona, and, obviously, the following weekend at the Atlanta Motor Speedway. I expect him to fire-off and be really fast right off the bat.”

David Keith on the move again