USAC star Hines to take over as competition director of ThorSport 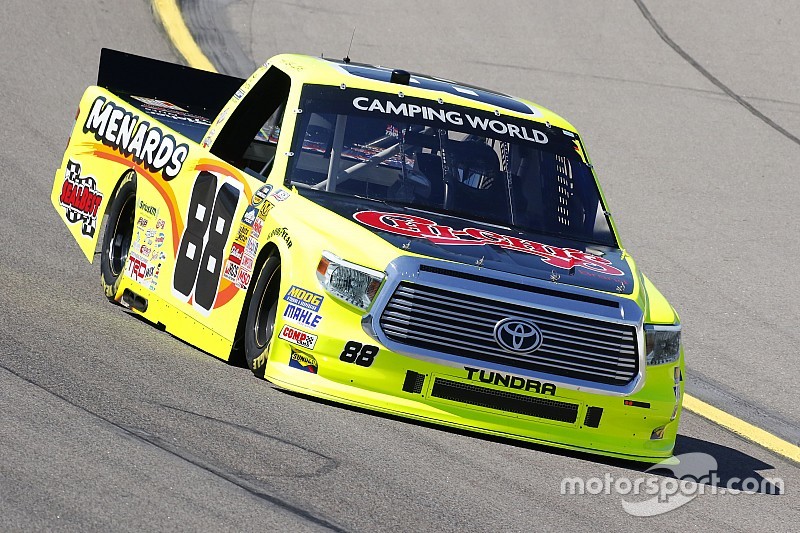 Tracy Hines will serve as competition director of the championship-winning Truck team.

USAC open-wheel racing star Tracy Hines will make a fulltime move to NASCAR next season, but not behind the steering wheel.

The Ohio-based NASCAR team owned by Duke and Rhonda Thorson, fields three entries in the Camping World Truck Series and has won the past two series championships with driver Matt Crafton.

Not an easy decision

“This decision wasn’t an easy one, it took the whole summer to make, but it is time, Hines said in a statement. “I get to take my love for racing to a great place with great people that share my passion. I look forward to this new step in our lives.

“I have been so lucky to have amazing owners, sponsors, and fans that have made my career such a blessing. They have stuck with me through many years of ups and downs. I have gotten to do so much in our sport and am truly thankful for each and every experience.

Tracy (Hines) will be a liaison between our driver's, crew chiefs, and engineers, a move that will add depth to our organization

“The knowledge and skills that I have gained during my years as a driver and car owner from everyone in my racing family will help me in my next chapter of my racing career.”

Hines does have some experience racing in NASCAR competition. Between 2000 and 2013, Hines made 17 starts in what is now the Xfinity Series and 53 in the Truck series.

His career-best performance is a pair of fifth-place finishes in Trucks – at Mansfield, Ohio, in 2004 and Richmond, Va., in 2005. Hines ran full season in Trucks in 2004 and 2005 with ThorSport Racing.

“Tracy has been an integral part of our organization in the past, and we are honored to have him back at ThorSport,” said team owner Duke Thorson. “His experience as a driver and his knowledge of our series, and our sport, will be a valuable asset to our team.

“Tracy will be a liaison between our driver's, crew chiefs, and engineers, a move that will add depth to our organization.”

Hines, who plans to race at least 15 times before the end of the year, has 47 career USAC National Sprint Car Series wins – third all-time behind Dave Darland and Tom Bigelow. He has 35 National Midget Series wins. He entered the 2015 season having won at least one USAC National feature event in 19 straight years.