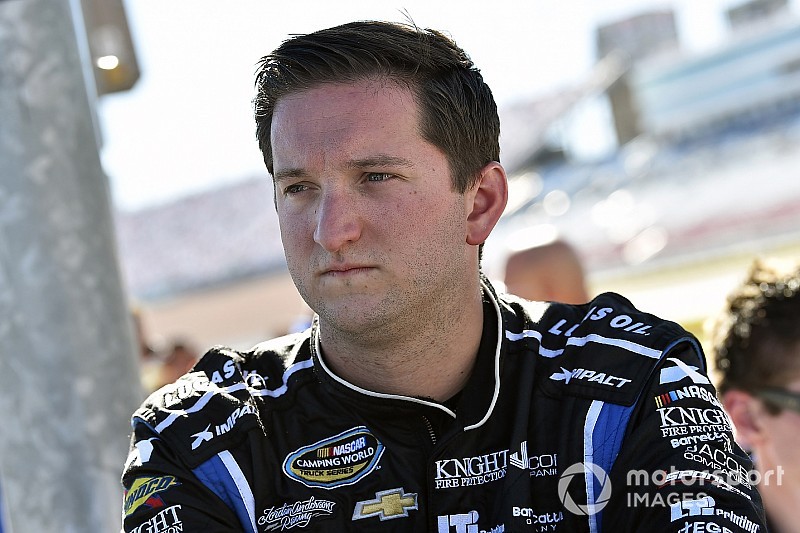 A warrant has been issued for the arrest of NASCAR Camping World Truck Series driver Jordan Anderson.

According to a statement released Thursday by the Rowan County (N.C.) Sheriff’s Office, a warrant was issued for Anderson for possession of a stolen motor vehicle.

Authorities say the vehicle in question is a racing truck used in NASCAR competition that was involved in an accident in last November’s Truck race at Texas Motor Speedway.

The department began an investigation Sept. 7 into the sale of the truck.

According to the sheriff’s department, Anderson bought the truck from Robert Newling, who had made repairs on the truck. Newling was arrested on charges of larceny of a motor vehicle. His next court date is Nov. 21.

“Robert Newling then took it upon himself to sell the race truck, that did not belong to him, and sold it to Jordan Anderson,” the release said. “During the course of this investigation, investigators were able to determine that Mr. Anderson had reason to believe the truck he purchased from Mr. Newling was stolen.

“We are aware of a law enforcement matter involving a NASCAR member, and continue to gather facts. We will remain in contact with the authorities as their process continues.”

Anderson, 27, has made 74 career starts in the Truck Series and 13 in the Xfinity Series.