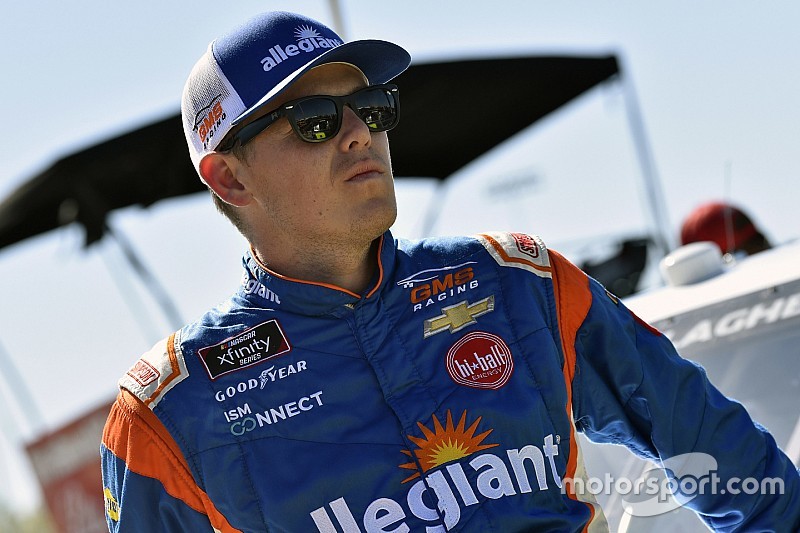 Spencer Gallagher announced at Kansas Speedway that he’ll step away from driving at the end of the season to focus on GMS Racing operations.

Spencer Gallagher, who has made more than 115 starts in the three NASCAR national series announced Friday that he’s stepping away from driving at the end of the 2018 NASCAR Xfinity Series season.

The 28 year-old Las Vegas native will finish the season in the Xfinity Series before calling it quits on his career behind the wheel.

Gallagher scored his lone national series win to date earlier this season at Talladega Superspeedway and has collected three top-five finishes in his best season so far on the national stage.

"Regarding the announcement of Spencer Gallagher’s retirement earlier today at Kansas Speedway, all of us at GMS Racing wish Spencer the best in his future endeavors," said Beam. "We look forward to what the future holds for this organization and we will continue to work to build our Xfinity Series program into a championship caliber team like our trucks."

The year has been an up and down one for the driver as he was suspended by NASCAR and had to participate in the NASCAR wellness program shortly after his maiden win. He returned to competition several weeks later after completing the program.