After successful back procedure, Matt Tifft set for Xfinity return at Daytona 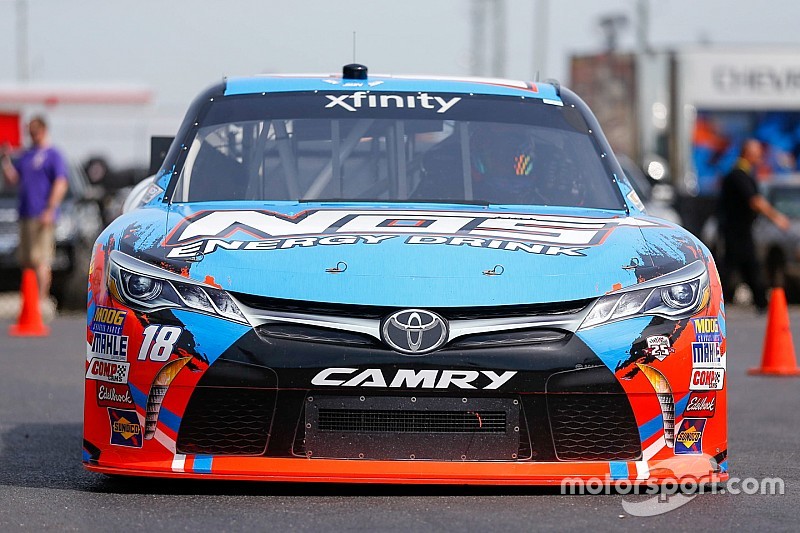 NASCAR Next driver Matt Tifft had a successful procedure to alleviate a lower back problem and is on schedule to return to action in next month’s Xfinity Series race at Daytona International Speedway.

Tifft, who turns 20 this Sunday, sat out this past weekend’s Truck and Xfinity series races at Iowa Speedway on advice of his doctor. He was scheduled to run the Truck race for Red Horse Racing and the Xfinity race for Joe Gibbs Racing.

Sam Hornish Jr., filling in for Tifft, won Sunday’s Xfinity race in his first series start of the season.

“He’s had a lower back issue, I think a bulging disc. What Matt wanted to do was run (at Iowa) and go in next week for the procedure and be ready for Daytona, but his doctor thought that might be pushing it,” said Steve deSouza, JGR’s executive vice president of Xfinity Series and development.

“He called me Thursday after the procedure this week and said he’d be good to go (for Daytona).”

Tifft has run three Xfinity races with JGR this season, with a pair of eighth-place finishes and he also won the pole at Talladega, Ala. He earned his first top-five finish in the Truck series this season, finishing fifth at Charlotte with Red Horse.

“Matt’s next race is at Daytona and then we have some standalone (Xfinity) races, including the road courses,” deSouza said. “We don’t see any complications from that, so we expect to go forward like it was.”

Tifft, a student at UNC Charlotte, was one of 12 drivers named to the 2016 NASCAR Next class, an industry-wide initiative designed to showcase rising young stars in racing.