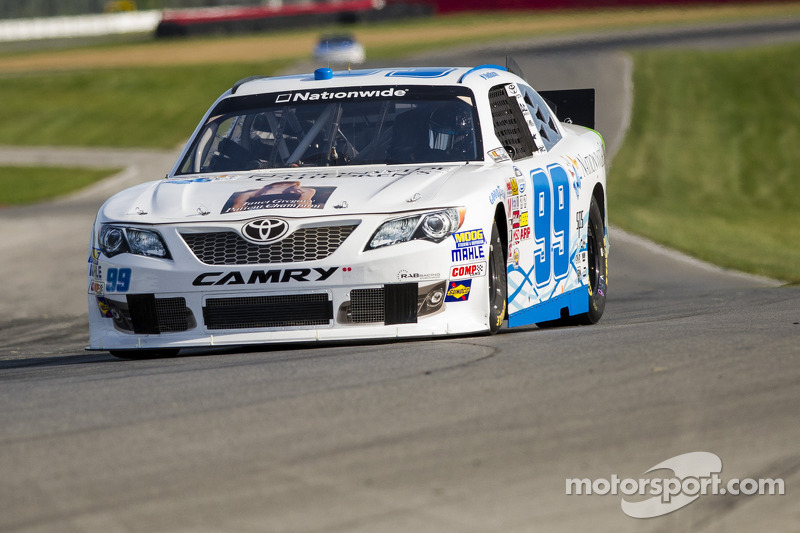 In just his third NASCAR Nationwide start, Bowman did just that and finished in the 11th position. 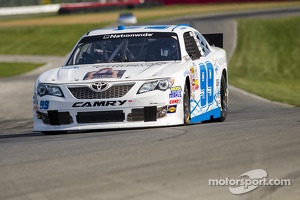 Even with the finish, sometimes its not always about the on-track activity that matters most, RAB Racing and Bowman had a very special passenger on the hood and in the pits, Janet Gregory a Patient Champion from The Nationwide Children's Hospital.

The teams had two full days of practice to get orientated with the new NASCAR track at Mid-Ohio, a track that no competitor had ever seen before except for the small number of road course specialists in the field.

Thursday was all about getting Bowman experience around the 2.4 mile course, and Friday was reserved for fine tuning of the car in preparation for the Nationwide Children's Hospital 200.

Bowman qualified the No. 99 in the 17th position, and although the driver and car didn't show outright speed for one lap, the team knew they could contend during a long green flag run.

At the start of the Nationwide Children's Hospital 200 Bowman began to get into a rhythm and immediately started to save his equipment for the long day ahead of him. Crew chief Chris Rice coached him throughout the race to save his brakes and save fuel so he had something to race with at the end of the 200 miles. By the time the 94 lap event was half way through the No. 99 was solidly in the top 10 thanks to pit strategy by crew chief Chris Rice and fast pit stops by the RAB Racing pit crew.

Bowman's good run was almost derailed by a speeding penalty in the pits which relegated him back to the 23rd position, but Bowman and the team never gave up. While under caution with three laps to go Chris Rice rolled the dice and came into the pits to get four new tires and gas to ensure the No. 99 could make it to the finish. Bowman restarted in the 22nd position after the pit stop but in amazing fashion came through the field to finish in the 11th position, the team's best finish on a road course this season.

With the 11th place finish and the Sunoco Rookie of the Race, Janet Gregory came on the radio after the race to congratulate Alex on his run. Janet Gregory and her family were only supposed to stay for the driver introductions, but she wanted to watch he race from the No. 99 pit area and stayed until the very end, a good luck charm for Bowman and RAB Racing, and a true Patient Champion.

I'm definitely no road course driver and we had a lot of great competition this week, so I'm elated to get that kind of finish and move back onto ovals for the remainder of the 2013 race season. With all that said it doesn't equal up to having Janet Gregory in our pit stall for this entire race, I got the chance to hang out with her and her family a lot before the race and she has such a great story of never giving up in life, and that's kinda what we did today...if anything she was our team's inspiration for this race, and I can't thank her enough for being there with us."

Bowman's 11th place finish was the team's seventh top 15 finish in the last ten races, and the 13th of the 22 race season. The finish allowed Bowman to stay in the 11th place in driver point standings, and owner Robby Benton maintained the 15th position in owner point standings. The next race on the NASCAR Nationwide schedule is in "Thunder Valley" at the Bristol Motor Speedway on Friday, August 23rd which will be televised live on ESPN.