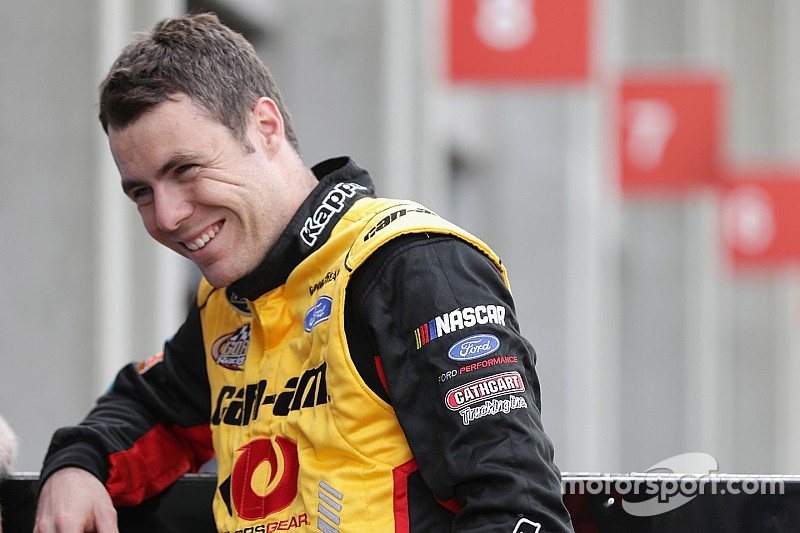 Most drivers will tell you that finishing in the top-20 is a modest goal for a rookie competitor. For a driver with a new team in a different country and first time racing on one of the most challenging tracks in NASCAR, it feels really good.

Labbe was running in the top-10 late in the season opener at Daytona International Speedway before running out of fuel due to five overtime attempts.

Alex Labbe finished 18th for his best showing in five NASCAR Xfinity Series starts and ran on the lead lap for most of the race Saturday at Atlanta Motor Speedway, which was dominated and won by Kevin Harvick.

“We started 33rd after a bad qualifying effort as I took it too easy on my lap,” said Labbe. “We raced against some established and experienced teams and maybe overachieved a little bit, but we had a good race and I learned a lot.”

Labbe remained in the top-20 throughout the race and despite having a car that was a little off on the set-up, he was happy to be able to race some more experienced drivers.

“Our car was a little too tight, but we have a good car that has some speed,” Labbe said. “It’s really encouraging as a rookie driver to have a car that has speed.”

“Mario and his guys are working really hard on the cars and it shows when they get to the track,” Labbe added. “Mario and all the guys make sure the car shows up at the track prepared and ready to compete and that’s all you can ask for as a driver.”

Labbe hopes to continue to have momentum going into Las Vegas this Saturday.

“We’re going to another new track for me this weekend in Las Vegas. I’m ready for the next challenge and I’m sure it will be fun.”

Kevin Harvick cruises to the win in Atlanta Xfinity race