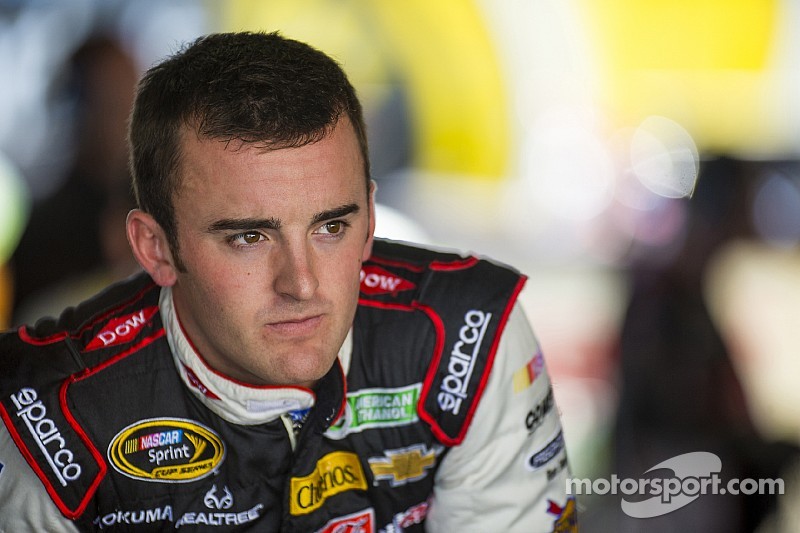 Austin Dillon and Justin Marks will share the front row.

Daytona Beach, Fla. – Austin Dillon set the fastest time for today’s Alert Today Florida 300, the first-ever NASCAR Xfinity Series race.  His speed of 190.251 miles per hour in the Rheem Chevrolet gave the young driver his 11th pole in 79 series starts and his second pole in five races at the Daytona International Speedway.

Once again, knock-out qualifying experienced a hiccup when a six-car wreck took place at the close of the second segment of Round 1 of the program.  The cars of Landon Cassill, Daniel Suarez, Carlos Contreras, Blake Koch, Tanner Berryhill and Harrison Rhodes were involved.

At the beginning of the segment while the cars were coming up to speed, Rhodes accidentally punted Dale Earnhardt Jr., sending the latter sideways briefly.  Two minutes later when the wreck unfolded, Earnhardt, running at back of pack, was able to brake before running through the debris.

Shortly thereafter, an unexpected rain shower shut down the track for several minutes.

Round 2 involved the fastest 24 cars and topping the speed table was Yeley at 188.917 mph with Jones, Marks, Buescher and Reed tucked in behind him.

For his frustrating day, Earnhardt will start 40th or last in the upcoming race.  2014 series champion Chase Elliott wound up in the 35th starting spot.