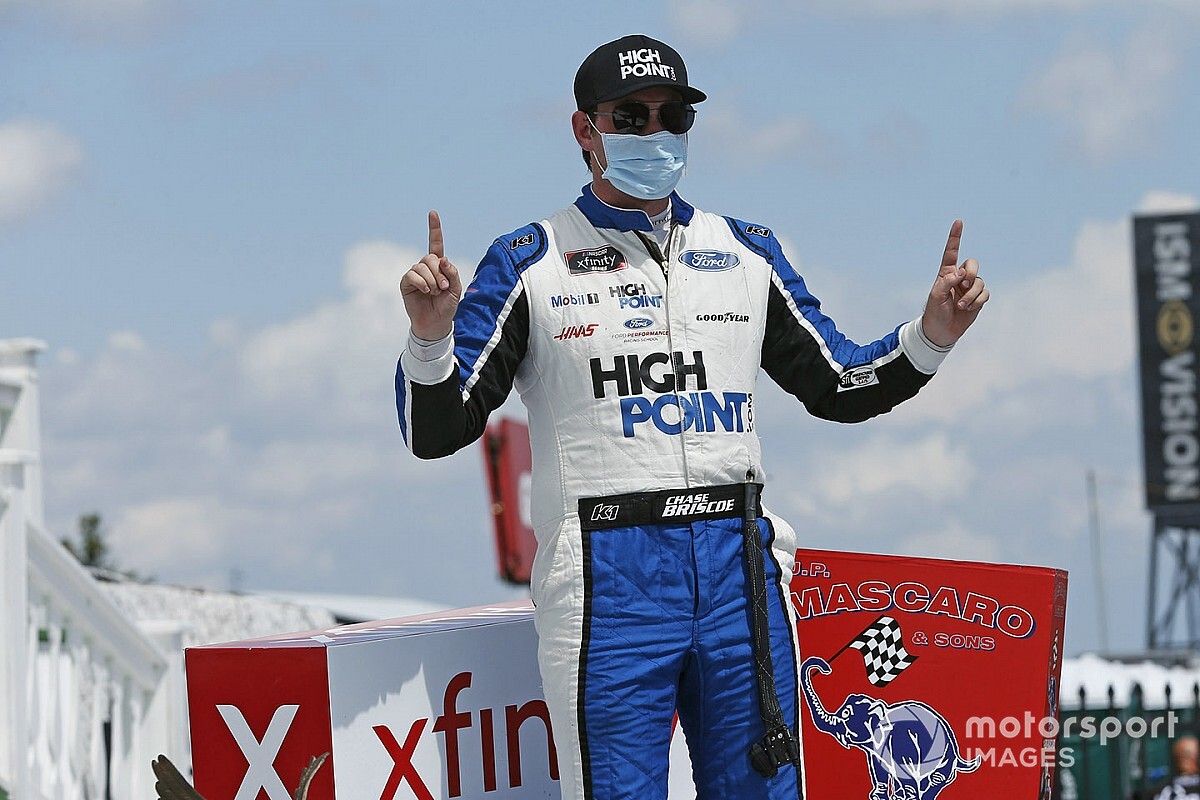 Road course or oval, Chase Briscoe wants a win at Indianapolis Motor Speedway any way he can get one.

The 25-year-old driver from Mitchell, Ind., is fresh off his Xfinity Series-leading fourth victory of the 2020 season and would love to add to his total with his first NASCAR victory at the iconic track.

For the first time, as part of a unique NASCAR-IndyCar Series doubleheader weekend due to the COVID-19 pandemic, the Xfinity Series will compete Saturday on the 2.439-mile, 14-turn road course also utilized by the IndyCar Series this weekend.

Briscoe is a third-generation racer, and his path to NASCAR began on the dirt tracks of Indiana in 2001 when he sat behind the wheel of a quarter midget for the first time. He won his first heat race and later that evening earned his first feature win.

From there Briscoe advanced to mini sprints and at the age of 13, he became the youngest winner of a 410 sprint car race, breaking a record previously held by NASCAR Hall of Famer Jeff Gordon.

“I’m really looking forward to it. It would mean the world to me to win at Indy,” Briscoe said. “Growing up going there all the time. Growing up in Indiana and then for me to be a diehard Tony Stewart fan growing up to have (Greg Zi[adelli) on the (pit) box.

“To win at Indy would be one of the coolest things. So, we definitely put a lot of significance on that race and hopefully we can get it done.”

Well, for one Briscoe has been practicing the course on the simulator since February. Aside from the two 50-minute practice sessions drivers got on Friday, that would be the closed Briscoe would come to actual track time.

“With it being new, nobody knows what to expect, so we’re trying to be the best we can be. I’ve been going to the simulator every Wednesday and I’ve been running at least an hour-and-a-half to two hours at Indy, just trying to get prepared for the race track,” he said.

“I feel like I’ve got a pretty good idea of where to make speed in our Ford Mustang. It’s hard to really say how much the simulator will correlate over to the real-life thing, but I feel like I have a really good idea of what to do and I’m not going to be lost for those first couple of laps.”

So far, the simulation work appears to have paid off.

Briscoe was third-fastest in Friday’s first practice and ended up fourth-fastest in the second session. He will start 12th in Saturday’s 62-lap event thanks to a random draw.

The only downside for Briscoe from a potential win at Indy would be that it would not be in front of friends and family. Because of the COVID-19 pandemic, this weekend’s races are being held without fans in attendance.

“Just feeling the support every time I go there is so special,” Briscoe said. “Last year in driver intros when we were riding around in the trucks, I literally had tears in my eyes from just the amount of people that were standing up and cheering for me.

“It would be bittersweet to win because none of my family would be there, and none of the fans that don’t get to watch me anywhere else. I’m not going to turn away a win at Indy just because there are no fans, but it is tough to go there and not have fans.”