Briscoe: "We can surprise a lot of people" in Xfinity playoffs 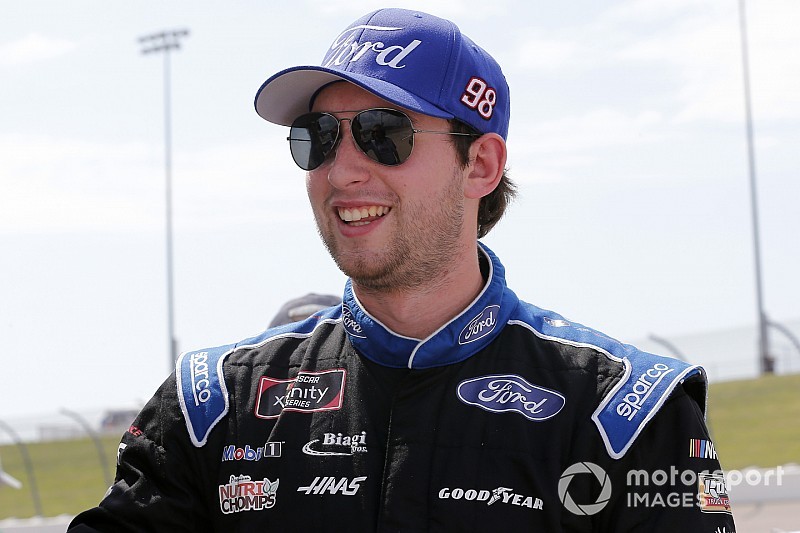 The “Big 3” of Christopher Bell, Cole Custer and Tyler Reddick have dominated most of the NASCAR Xfinity Series this season but Chase Briscoe would like to make it four.

Briscoe, in his first fulltime season in the series, has been a model of consistency this year but would like to be in the hunt for more wins before being equated to the likes of Bell, Custer and Reddick.

“Results-wise I think we have shown we can be a championship contender. We’ve had consistency running up front every week and we have battled for wins, just not as much as I would have liked to have,” Briscoe said Friday at Indianapolis Motor Speedway.

“I feel like we deserve to be that fourth guy. If you look at the Cup series last year it was kind of like how (Joey) Logano was – always running up front, didn’t necessarily have the wins the other guys had but was consistently there.”

Logano, of course, ended up winning his first Cup title last year even though he was overshadowed during the season by the likes of Kevin Harvick and Kyle Busch.

“I feel like if we can get to Homestead, that’s one of my better race tracks,” he said. “We went there and tested a couple weeks ago and were really, really strong.

“I feel like if we can just get to Homestead, we can surprise a lot of people. But getting there is a whole other story.”

Briscoe’s concern is twofold – he hasn’t led near as many laps as the “Big 3” drivers and the tracks (other than Homestead) that constitute the playoffs are not some of his best.

He did, however, earn his first series victory last fall in the inaugural race on Charlotte Motor Speedway’s Roval course, which is again part of the series playoffs.

“They aren’t great race tracks for me but the most encouraging thing is the two race tracks that we have been to twice this season were Iowa, where we won, and Bristol, where we ran second,” Briscoe said.

“Anytime we have been able to go back to a track a second time and have a notebook to go off of, we’ve been really, really strong. Richmond will be our second time going there, Dover same thing.

“That’s going to suit our team very well just because we didn’t have that notebook and experience like all those other guys had coming into the season. Now, we’ve been able to build our own.”

Like Briscoe, crew chief Richard Boswell is in his first fulltime season in the series and their No. 98 Stewart-Haas Racing team does not have a lot of veteran members.

“We’re way more experience, for sure. I lot of my team had never done a fulltime deal,” Briscoe said. “Now we have the confidence we can run up front each and every week and battle for wins – I think that goes a lot way, especially with a young team.”

Cindric, Gragson tangle early at Kansas; day over for No. 9

Briscoe after Kansas win: ‘I want to take this car to Phoenix’