Chase Briscoe, who enjoyed his best NASCAR season yet in 2019, will compete again this year for the Xfinity Series championship with Stewart-Haas Racing. 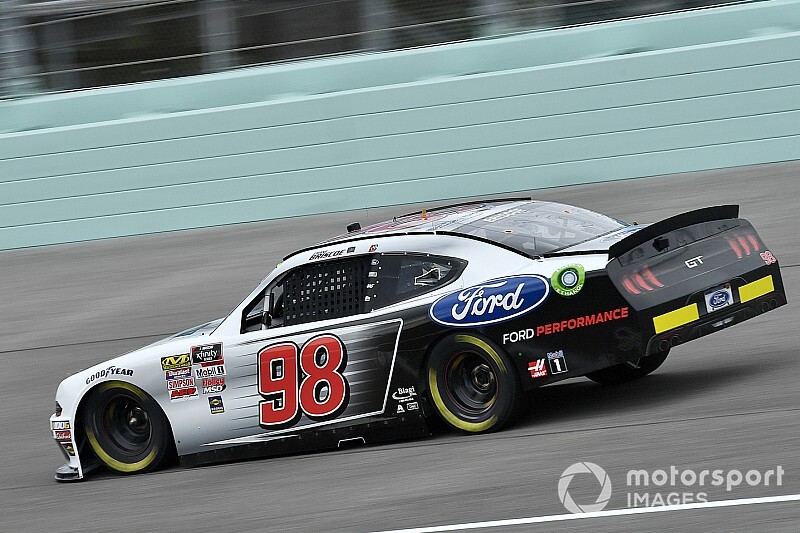 After picking up his second career win and a deep run in the playoffs, Briscoe earned the series’ rookie of the year honors in 2019 behind 13 top-five and 26 top-10 finishes in 33 races.

SHR announced Monday Briscoe would return to the organization this season and make another run at the championship as a development driver with Ford Performance.

“This is the first time I’ll be able to run back-to-back, full seasons with the same team, and I couldn’t be happier to do it with Stewart-Haas Racing,” said Briscoe, 25.

“Their faith in me means a lot, and I want to reward them and Ford with more wins and a run for the championship.”

Briscoe is a third-generation racer whose career began on dirt tracks in and around Indiana. Since he was 13, Briscoe has followed in his grandfather’s and father’s footsteps, racing sprint cars across the Midwest.

“Chase has proven himself well so far and we’re looking forward to continuing his progression as he competes for an Xfinity Series championship for SHR and Ford.”

Briscoe won six races and the championship in the ARCA Menard Series in 2016 and moved to the Truck series in 2017, where he finished sixth in the standings and won one race. He ran partial schedules in Trucks and Xfinity in 2018 – winning once in each series – before running his first fulltime season in Xfinity in 2019.

“We’re very proud to have Chase back with Stewart-Haas Racing,” said Tony Stewart, co-owner of SHR with Gene Haas. “Chase is an Indiana kid with a dirt-track background who has shown he can race on asphalt as well as he can on dirt.

“We think very highly of him and look forward to a strong season in 2020.”