Christopher Bell is still learning but "winning is not a problem" 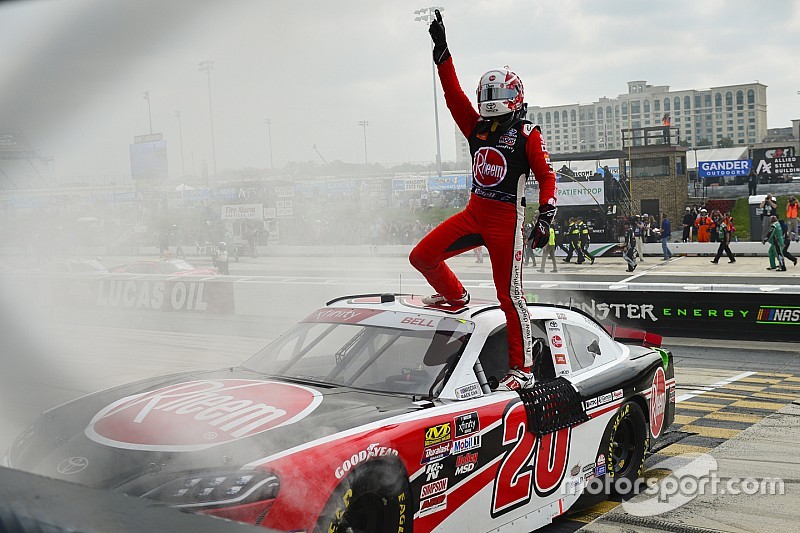 Christopher Bell picked up his third NASCAR Xfinity Series win of the season but believes he can still get much better this season. Now, that’s a scary thought for his competition.

With his victory Saturday at Dover (Del.) International Speedway, Bell has three wins in the first 10 races of the 2019 season, is locked in the playoffs and now building up a nice amount of playoff points.

He is also two shy of leading 500 laps this season while he led 759 during the course of all 33 races last year.

Clearly, Bell and his No. 20 Joe Gibbs Racing team will again be a favorite for this year’s series title.

However, Bell insists there remains a lot of room for improvement.

“This sport is a very funny sport and you’re only as good as your last race. At this moment I just need to continue to win races and just get better and better, week-in and week-out,” Bell said following his Dover win.

“Days like (Saturday) are a really good day, I didn’t feel like we had a dominant race car and we were still able to win. Those days are really hard to come by.”

There are also things Bell believes he needs to improve, not only to help in his quest for an Xfinity Series championship, but also for his NASCAR career in general. One such area are his restarts.

“I think a lot of it is just the air games and knowing how the air manipulates your car and stuff like that. There’s no doubt that there’s no harder restarts in the world than racing with the World of Outlaws. Those guys train you really good and it is double-file restarts over there, too,’ he said.

“A lot of it here, too, is just who gets the right push, who makes the right air block or placing air on different parts of the other guys’ cars. The air stuff is what I’ve struggled with and I think I’m getting a little bit better at it.”

Bell’s crew chief, Jason Ratcliff, a lot of what Bell needs for long-term success will come simply by experience.

“He came into the sport knowing how to win, there’s no doubt about that. His desire to win is so big that it gets him in trouble sometimes when he’s got a third-place car, but (Saturday) at times we weren’t better than a second-place car and he was really patient and gave us good communication – good feedback,” Ratcliff said.

“In the end, he capitalized on it. I think early on, I don’t think he would have been able to do that, but with the experience he has now under his belt, I think he’s at a point in his career where he’s learning how to take what he can from a race car.

“If he’s got a fifth-place car, figuring out how to finish third with it and take a second-place car and figure out how to win with it. We keep learning every week, but winning is not a problem.”