Christopher Bell wants to be "the guy" in the Xfinity Series 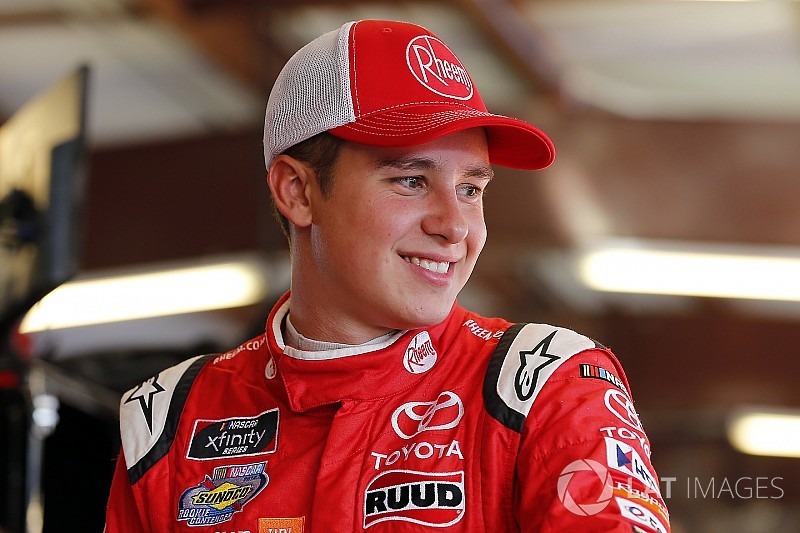 There is lot of talk about when – not if – Christopher Bell will move up to the Monster Energy NASCAR Cup Series but he isn’t hearing any of it.

Not because he doesn’t have the ambition to move up, but he believes he needs to prove himself worthy of the opportunity.

That may sound a little odd coming from a driver who has already won a Camping World Truck Series championship, has two career wins in the Xfinity Series and is currently fourth in those series standings entering Friday night’s race at Kentucky Speedway.

If the playoffs started this week, Bell, 23, would be the No. 2 seed, in excellent position to win his second consecutive NASCAR championship.

In his eyes, though, there are more immediate concerns.

“You don’t get promoted without winning. So that’s the bottom line,” Bell said recently. “I do feel like I pride myself on moving up in racing; moving up in motorsports by winning races, and I haven’t done that yet.

Justin Allgaier, who competes for JR Motorsports, is currently the only other Xfinity series regular with more wins (two) than Bell this season.

Asked about being in position to contend for a championship, Bell cites Cole Custer as his toughest competition and Custer has yet to earn a victory this season (although he is higher than Bell in points).

Is Bell being overly tough on himself?

“Looking back at my season right now, am I disappointed with it? Not really. I hoped that I would have won a couple more times by now, but we’ve been really fast,” Bell said. “Almost every single race track we go to, obviously driving for (Joe) Gibbs (Racing) we have race cars that are competing for wins.

“I’ve had a lot of great runs going, but kind of similar to my first year in trucks, I just have crashed some, got taken out some, and the finishes are either really good or DNFs.”

That appears to bother Bell more than anything else.

It’s not so much he isn’t appreciative for what he has already accomplished, it’s that he sees the potential in himself and his No. 20 Toyota team to be so much more.

“You know, I would love to think that (moving up to Cup) can happen for me, but I want to conquer the Xfinity Series. I want to be able to win more races and finish my job here,” Bell said.

“That’s what I want, and I pride myself every step along the way (of my career), I’ve become the guy to beat. I just don’t feel like I’m there yet in the Xfinity cars.”

In Friday's Daytona Xfinity race, one car was not like the others