Custer now in position "to make something happen" at Homestead 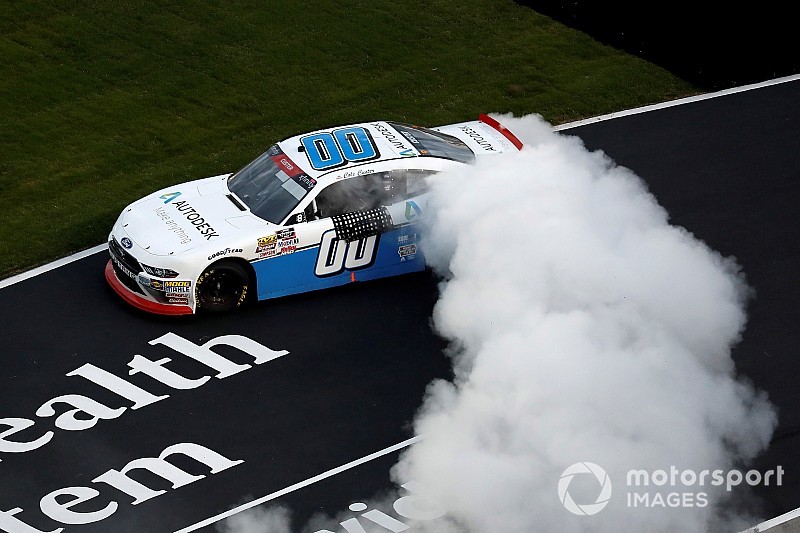 After going winless most of the season, Cole Custer suddenly finds himself with an excellent opportunity to win the NASCAR Xfinity Series championship.

Custer broke into Victory Lane for the first time this season on Saturday, using a last-lap pass of Tyler Reddick to win at Texas Motor Speedway.

The victory was important for two reasons.

First, the win locks Custer into the Championship 4 at Homestead, Fla., regardless of his performance next week at Phoenix.

And perhaps even better, the series title will be decided at Homestead, a race Custer won last season in dominating fashion (leading 182 of 200 laps).

“I think we have some confidence going in there but also I think it is just a point of us having to execute well and we have a really good baseline to go off of from last year,” Custer, 20, said. “Things will change this year.

“I will make sure to do my job to make sure I am driving the car right.”

Custer had come close to winning this season, including three runner-up finishes. He also led the most laps at the second Iowa race only to end up ninth.

“We had a fairly long winless streak and you start to question everything you are doing and if you are doing it right or if you should change something,” he said. “I think there are some things I probably could have done different to win a couple more races.

Custer’s crew chief, Jeff Meendering, believes the No. 00 Ford team has improved over the course of the season to the point of being at a “championship caliber level” at the right time.

“You can see (Custer) getting better and better every week for sure. The whole team has grown along with Cole and Cole is doing a great job. He is very solid now,” Meendering said.

“We had our backs up against the wall a little coming into this race and he did an awesome job stepping up. That is what we had to do and he knew that is what he had to do. I think we have a lot of confidence now for the end of the season.”