Dale Earnhardt Jr. qualified on the front row for his racing return in the NASCAR Xfinity Series on Friday night. 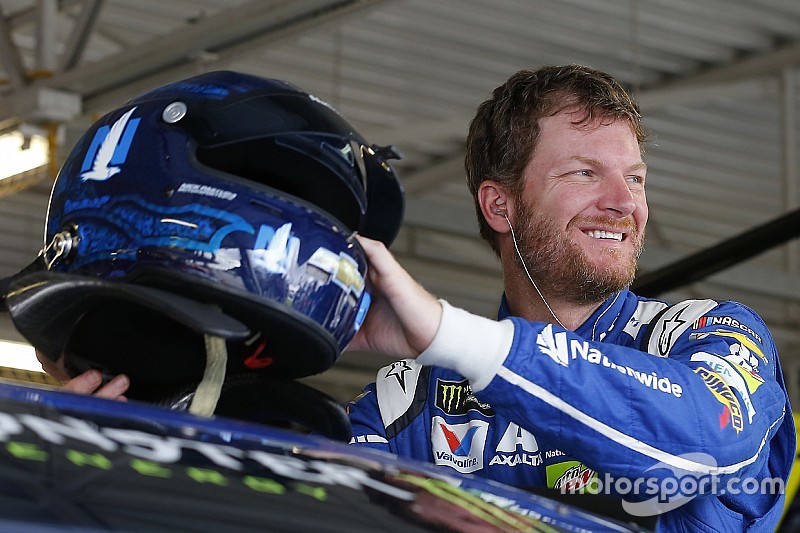 Earnhardt retired from fulltime competition at the end of last season, but had an outstanding contract with Unilever for one race in a Hellmann’s car in the second-tier series in 2018. He opted for Richmond due to his previous success there, and its smooth track surface.

Having only just scraped through the first round of qualifying, Earnhardt was fifth-fastest in the second round and then only just missed out on pole position by fractions of a second, and was only bested by Christopher Bell.

“Man, I almost got the pole, how about that?” he smiled. “That woulda been cool!

“I was talking to my [commentary] teammate up there in the booth, Jeff Burton, about watching these guys lay back in qualifying, and I said I’d never tried it because I’d be too nervous. I got nothing to lose here, so I went easy in the first round, only ran one lap, and was just fast enough.

“We saved the tires, so we were able to get more performance in the next rounds. The car was really tight, and we made some good adjustments to get it to turn a bit better.

“I’m liking that. We’ll fire off tight tonight on the sticker tires, but our car will get better and better the longer we run.”