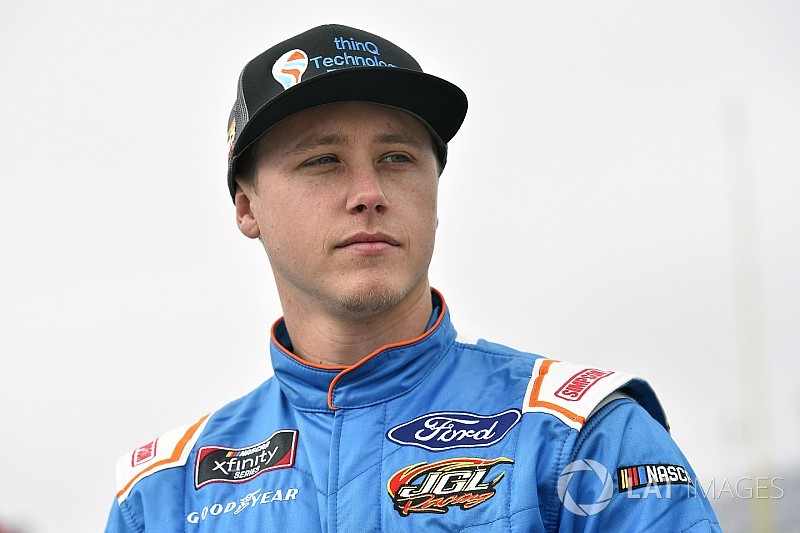 For the second time in a month, an Xfinity Series driver with JGL Racing has left the organization.

Driver Dylan Lupton confirmed Thursday that he is no longer with JGL and will not compete with the team in this weekend’s Xfinity race at Michigan International Speedway. As of Thursday afternoon, he was still listed on the official entry list for the event.

The team’s other driver, Kaz Grala, announced his departure from the team less than a month ago.

There was no immediate comment from JGL on Lupton’s decision.

“Due to unfortunate circumstances, I will not be competing in this weekend’s NASCAR Xfinity Series race at Michigan International Speedway nor will I be returning to JGL Racing for the remainder of the 2018 season,” Lupton said in a statement.

“I appreciate the opportunity I had to drive for James Whitener and I wish him and JGL Racing the best in their future endeavors.

“I’m re-focusing my efforts to secure a competitive ride in the NASCAR Xfinity Series and look forward to announcing my plans for the rest of the 2018 season when appropriate.”

The Wilton, Calif. native has 35 career series starts to go along with four starts in the Monster Energy NASCAR Cup Series. His career best Xfinity finish is ninth at Mid-Ohio in 2015.

Lupton, 24, a former member of the NASCAR Next program, graduated last year with a bachelor’s degree in business finance from UNC Charlotte.