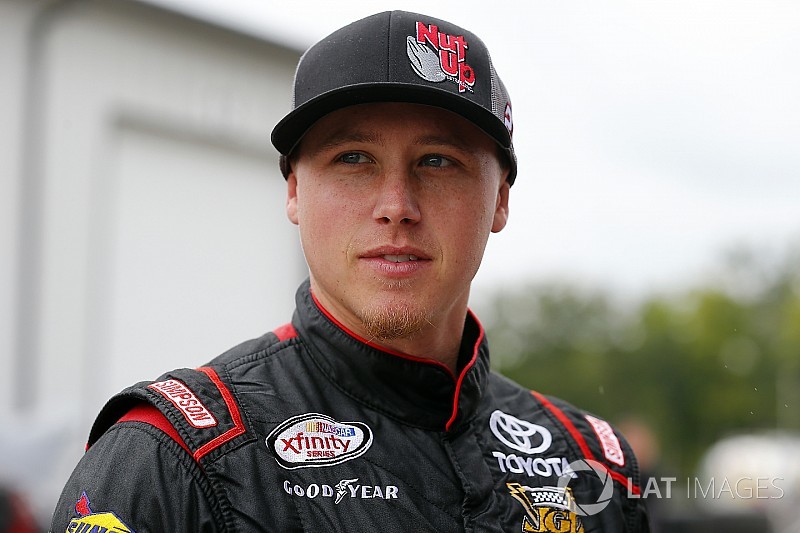 Former NASCAR Next driver Dylan Lupton will return to JGL Racing next season in an expanded role.

Lupton made 14 starts with JGL in the Xfinity Series in 2017 and will compete in at least 21 races this season in the team’s No. 28 Ford. The organization will continue to work on sponsorship so Lupton can run the entire season.

Even at 21 races, it will be the most he’s run in any of NASCAR’s three national series in one season.

“We continued to improve throughout the 2017 season and I was able to gain valuable experience that will help tremendously in the new season,” Lupton, 24, said in a statement. “With the switch to Ford over the off-season and our new alliance with Roush Fenway Racing, I am confident that we will be competitive right out of the gate.

“I would like to thank James Whitener and the whole JGL Racing organization for this opportunity.”

Lupton is scheduled to make his 2018 debut in the season-opening event in Daytona, following that up the next week in Atlanta before heading to the West Coast for the next three races.

Announcements regarding Lupton’s sponsor and crew chief will be made at a later date.

Lupton, a native of Wilton, Calif., has 24 career Xfinity starts, including a career-best ninth at Mid-Ohio in 2015. His best finish last season with JGL was 12th at Richmond, Va., in April.

Lupton joins former Truck series competitor Kaz Grala at JGL this season. Grala will compete full-time in the No. 24 Ford.

“I am extremely happy we were able to put something together and have Dylan back with us for the 2018 season,” team owner James Whitener said. “Dylan became a great fit with our team and really became a part of our family.

“We look forward to his continued growth and think he has some exciting times ahead of him in the No. 28 Ford.”