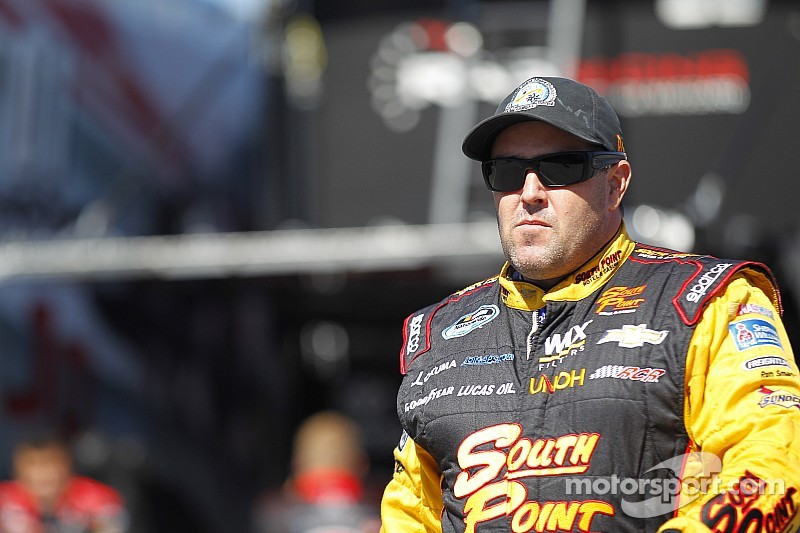 DOVER, Del. – After nine laps, last week’s Nationwide Series winner, Brendan Gaughan was in the garage to work on the suspension.

Gaughan, who won his second career NNS race at Kentucky Speedway last weekend, felt something break on the No. 62 South Point Hotel & Casino after he qualified 12th for the Dover 200.

After Jamie Dick and Derrike Cope wrecked eight laps into the race, Gaughan used the caution as an opportunity to repair the car.

He returned to the race on Lap 16 in 35th-place, seven laps off the pace. Gaughan entered Dover eighth in the NNS point standings.