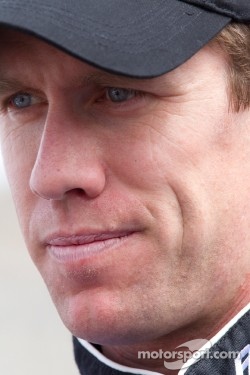 Carl Edwards may have had a hard time keeping up with when he was supposed to drive his NASCAR Nationwide and Sprint Cup series cars at Texas Motor Speedway on Friday, but that didn't keep him from turning in the fastest lap during pole qualifying Friday afternoon for this evening's O'Reilly Auto Parts 300 Nationwide Series race.

"I don't even know what time we qualify each one," Edwards said earlier in the day on Friday. "We qualify the Nationwide car next, right?"

Despite the uncertainty of knowing which car to climb into when, Edwards turned in a lap of 30.18 seconds at an average speed of 178.938 mph to claim the top starting spot for the Nationwide event.

Edwards' No. 60 car was the final car to make a qualifying run of the 30 cars guaranteed a spot in Friday night's race. With cars making their qualifying attempts in order from slowest to fastest, based on practice speeds, the provisional pole changed hands several times before finally being secured for good by Edwards.

Following Edwards' pole-earning lap, 14 cars attempted to take the 13 remaining starting spots up for grabs. Brett Rowe was the slowest of the 44 cars. He was not among the 30 drivers with guaranteed starting spots and did not qualify for the race.

Of the go-or-go-home cars (those not guaranteed a starting spot prior to the qualifying session), Sam Hornish Jr. turned in the fastest lap at 30.78 seconds, driving a No. 12 part-time entry for Penske Racing. 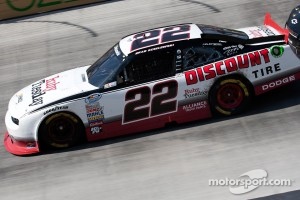 
After consistently posting some of the fastest lap times in the three practice sessions leading up to Friday's qualifying session, series points leader Ricky Stenhouse Jr. turned in a lap just a hundredth of a second slower than Sadler's at 30.25 seconds to claim the outside second row starting spot.

"I like tracks where you slide around a little bit, and the pavement tends to fit my driving style a little better," Stenhouse said.

Rounding out the top-five in qualifying was another Cup driver, Paul Menard, who was behind the wheel of the Kevin Harvick-owned No. 33 car. He fastest lap time was 30.29 seconds for an average speed of 178.300 mph.

Mercedes backs out of further action on Ferrari/FIA settlement