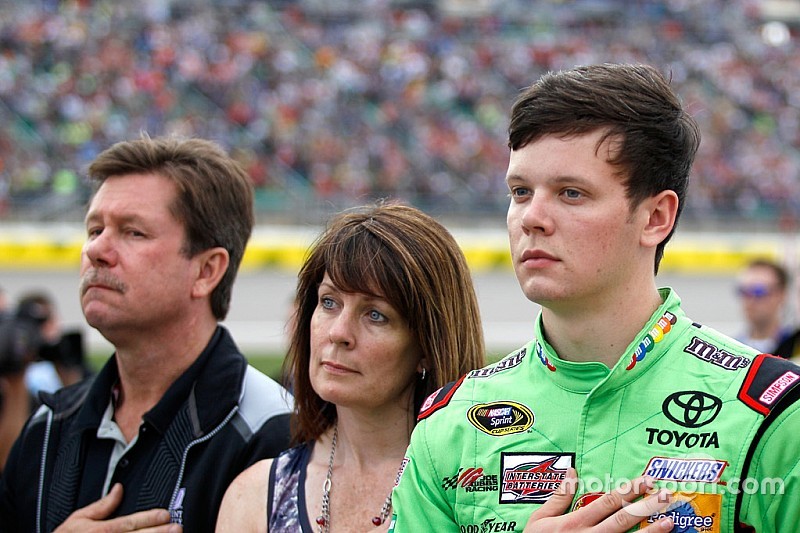 David Jones, the father of NASCAR Xfinity Series regular Erik Jones died Tuesday, June 7, 2016, after a battle with cancer. He was 53.

According to team officials, Erik, 20, will compete as scheduled in Saturday’s Menards 250 at Michigan International Speedway.

Before the start of the race, Erik posted the following to his Twitter account about his father’s death:

Funeral arrangements are incomplete at this time. Swartz Funeral Home in Flint, Mich., is in charge of arrangements.

Jones’ parents, who have been with him throughout his racing career, were not present and Erik instead took a phone call from them in Victory Lane.

Asked about it afterward, Erik said at the time, “Not to bring the mood down, but I was actually talking to my parents. My dad, I figure we need to announce it at some time, but he got diagnosed with cancer about a month ago. He’s going through treatment now and he’s missed the last few weeks.

“I was just on the phone with him and my mom. Just pretty emotional. It was the first race I’ve won that they haven’t been here for and hard to hold the emotions back for that one.”

As Erik’s NASCAR career has taken off in recent seasons, his father said his son’s racing talent was not passed on from him.

“I know that sounds crazy, but he certainly doesn’t get it from me, the talent he’s got,” David Jones said in a 2013 interview.